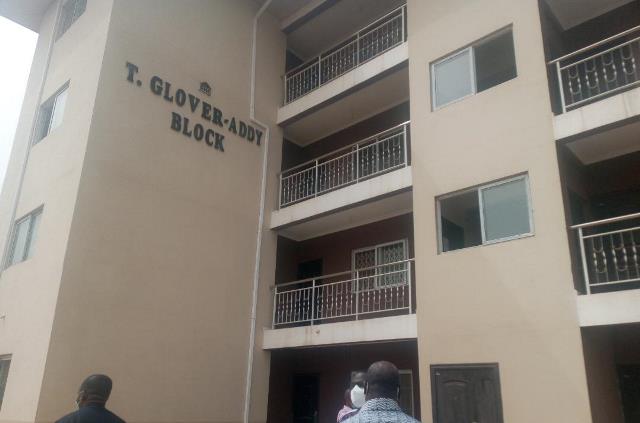 Mr Francis Asenso-Boakye, the Minister for Works and Housing, on Wednesday commissioned and handed over three blocks of Government’s ‘Affordable Housing Project’ in North-Kaneshie and Adenta Frafraha to their new owners.

The housing units, developed by the State Housing Company, through its internally generated funds, contain one to four bedroom apartments that sell at GHS90, 000, GHS586, 000 and GHS900, 000.

The four-bedroom apartments, still under construction, commenced after government secured the land from squatters about four years ago.

He lauded the Managing Director (MD) of the State Housing Company and entire staff for working hard to transform the Company from one that was not profitable to one that could pay its staff and generate profit from its internally generated funding.

“For the past four years, their story has changed and I am happy that the MD is able to give a good account of his stewardship.
“The State Housing Company will enable the President to realise his vision of providing a decent, safe, and affordable homes for Ghanaians this year as a priority,” he said.

The Minister disclosed that his Ministry was working towards the establishment of a “National Housing Authority” that would plan and manage housing development.

The Authority would among other responsibilities secure land banks for developers to develop, he said, explaining that, that would enable government to absorb much of the cost of construction and offer affordable housing to Ghanaians.

Mr Kwabena Ampofo Appiah, the MD, State Housing Company Limited, said the mission of the Company was to become a profitable entity, and gave assurance they were not going to rest until they had provided about thousand homes for Ghanaians in 2021.

He said the staff were well motivated by the Company and exhibited vibrancy and passion to enable it achieved its mission and vision.

Ms Asantewaa Asantewaa, the first person to receive a key to the North-Kaneshie apartment, said she paid over GHS500, 000 for a two-bedroom apartment.

”I paid the money instantly for the apartment. It was cash and carry but I don’t mind at all because since it’s a State facility, I will not have problems with litigation and I will have a peace of mind.”

China’s Evergrande gets some breathing space for interest payments