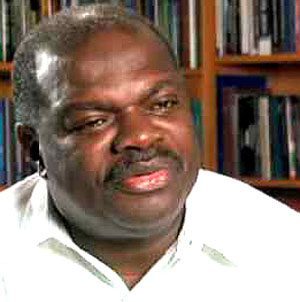 The Vice Chancellor of the University of Ghana (UG), Legon, Prof. Ernest Aryeetey, has been reappointed for the position as his first tenure expires on 31 July, 2014.

According to a release authored by Stella A. Amoah, Director of Public Affairs of the varsity dated 28 March, 2014, the University?s Council gave the nod for the extension during its meeting held on 27 March, 2014.

The extension followed the recommendation of a review panel which assessed his performance as head of the premier tertiary institution. Prof Aryeetey by the extension, retires from the University on July 31, 2016.

?The University of Ghana Council at its meeting held on 27 March, 2014, approved a second term for the Vice Chancellor, Professor Ernest Aryeetey, from August 1, 2014 to July 31, 2016 when he retires from the University. This followed the acceptance of the recommendation of a Review Panel that had assessed Prof Aryeetey?s performance as Vice Chancellor,? the release stated.

He was appointed in August 2010 during which he prosecuted a seven-point vision centering on the promotion of academic excellence through enhanced teaching and learning and leadership training, among others.

He is credited with a number of significant changes such as overall of governance arrangements in administration, teaching and research.

His exceptional fundraising activities and enforced structures and processes for monitoring and evaluation, equal opportunity in gender and opportunity, have won him many hearts.

Prof. S.K. Date-Bah, a retired Supreme Court Justice and Chairman of the Council, described Prof Aryeetey as a ?visionary Vice Chancellor? and that by his extension of service, the premier university was set to blaze new trails for others to traverse.

In the face of recent challenges regarding measures he unfolded to protect campus streets and to raise revenue, he remained resolute even when the National Security Coordinator, Larry Gbevlo-Lartey, ordered the demolition of the toll booth erected at the Okponglo end of the institution and a seeming orchestrated manouvre to derail his efforts even in the corridors of power.

A private member?s bill is in the works as a means of reducing the autonomy of the university?s traditional powers like restricting access to the institution?s campus.