Hawai Technologies the Global Leader in the Technology Industry has introduced another quality and affordable device called: “ GR3 2017” unto the smartphone market. 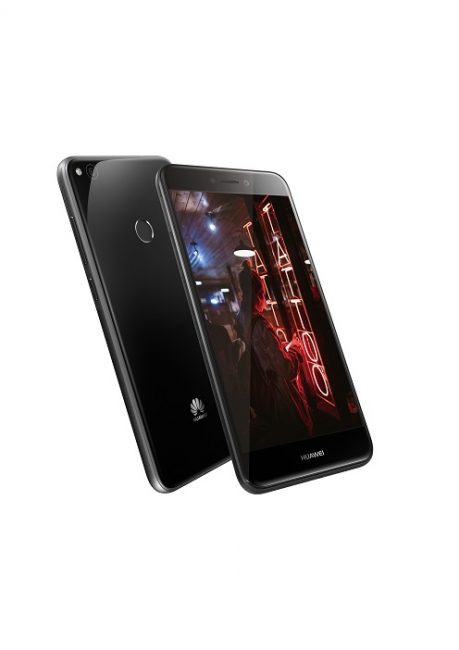 This amazing quality device is very affordable despites its high specifications which defeated all smartphones emerging in the market.
Since the ultimate dream of Huawei Technologies is to satisfying the growing needs of its cherished customers especially the youth.
The irresistible device “GR3 2017” has been carefully designed in such a way that it doesn’t have any boring features like other smart phone, it is more sophisticated, stylish and eye catching. The design is symmetrical, making the device attractive, simple and more harmonious.
More so, the display and the back side of the smartphone is covered with a 2.5D “water droplet clear” curved glass, giving you a fantastic haptic feeling and making you unwilling to put the device down. Minimal thickness makes exploitation of the smartphone more enjoyable.
Besides, the mouth -watering device is stunning and eye catching in all four colors it is available in, attracting other people’s attention.
Huawei GR3 2017 is featured with a new Kirin 655 processor, which is 60% more powerful than Kirin 620 and is more energy efficient, as well as with the I5 coprocessor.
It also has 3 GB of running memory and 16 GB of storage capacity, and supports a micro SD of up to 128GB.
It has been combined with the new file system, which is faster than the old one make the device extremely fast and ensure that no freezes or lags occur, even when you play the most advanced games.
Huawei GR3 2017 is equipped with a 12MP camera with F2.2 large aperture and 1.25um pixels, making the night shots bright and clear.
Additionally, the automatic color enhancement of food pictures makes the pictures of food more attractive.
The beauty function, combined with the great quality 8MP front camera will make your selfies more moving , helping you to share your experience with others.
Some of the other unique features of the device include : Multifunction fingerprint sensor, motion control, scheduled power on/off and network speed display. These features are useful and would help you to save time in everyday life.
The motion control, for example, gives you an opportunity to mute a call just by flipping the device, while the multifunctional fingerprint sensor can be used to take a picture or to stop an alarm.
Check out the feature of Huawei “ GR3 2017” below:
Dimension ： 147.2mm*72.94mm*7.6mm
Weight： 147g (including the battery)
Network： 4G/3G/2G
CPU： Kirin 655 CPU 4 X 2.1GHz+4*1.7GHz
OS+UI： Android 7.0 + EMUI 5.0
Display： 5.2-inch FHD (1920x 1080) display
Camera： 12 MP BSI CMOS rear camera with F2.2+8MP front camera with F2.0
Memory： 3GB RAM /16GB EMMC Flash
Expanding Memory： Micro-SD, up to 128GB
Battery： 3000mAh
Audio： BOX integrated sound chamber& bottom speaker
Finger print : 4.0 (unlocks within 0.3s, 40% faster than previous edition)
Sensor： Accelerate sensor, Proximity sensor
Ambient light sensor, Compass
Connection： 802.11b/g/n（2.4Ghz）, Wi-Fi Direct,
Wi-Fi hotspot, Micro-USB v2.0
BT v4.1with A2DP,EDR,BLE

HUAWEI to introduce its trendy Nova Series in Ghana