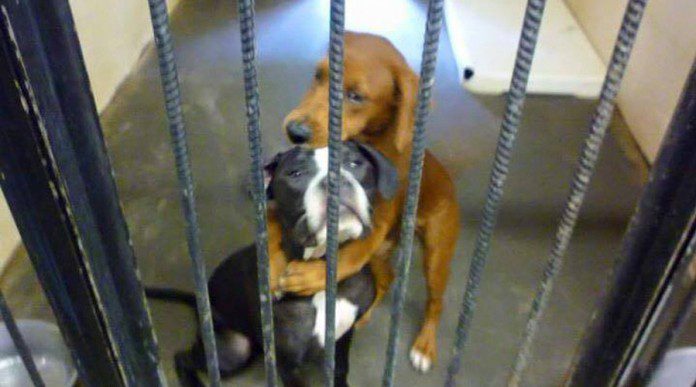 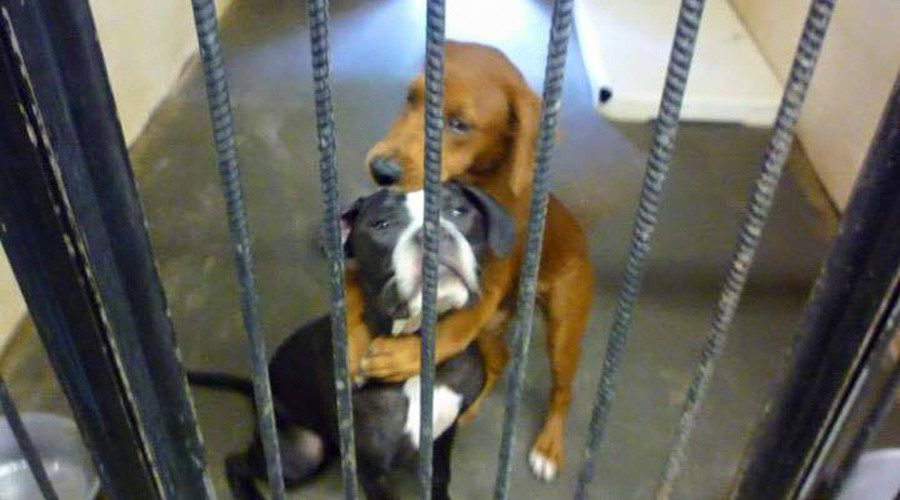 Desperation: An online post written from the perspective of Kala (right) said ?We have to have someone rescue us or we?ll be ?next??

?Exactly 2 hours and 6 minutes. That?s how long it took this amazing community of animals lovers [Angels Among Us Pet Rescue charity] to come together to save the lives of two canine friends,? said the group that saves dogs and cats from euthanasia in animal shelters in north Georgia.

The group shared the photo of Kala (right in the photo) and Keira hugging in an animal shelter on Facebook on Monday. 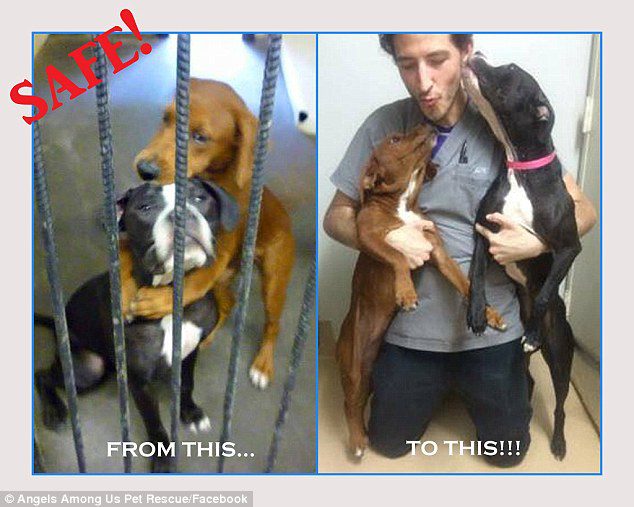 Happy together: Kala and Keira were given a second chance at life and were not put down

?We?re so scared in here. The people working in the shelters see how scared we are but just told each other that today is our deadline. We have to have someone rescue us or we?ll be ?next?,? said an original plea for help, written in the voice of Kala.

?I?ll see her [Keira] as she goes down the hallway. She [Keira] won?t come back and I?ll cry. They?ll come for me next and I won?t be as brave. We?ve comforted each other while we were here. She gave me hope when I had none. Now it?s over. Unless??

And the plea didn?t go unnoticed as it turned out. The dogs weren?t euthanized thanks to people?s donations.

In an update to the story, the charity announced that the two best friends are now safe and together, adding the picture of the dogs with a man who apparently took them. The group said that they received word from their volunteer that the dogs are safely in the car and on their way to a vet.

?Just look at these two!!! This is why we rescue. It is so important that we encourage others to spay and neuter and understand that pets are a lifetime commitment,? said group in a statement, adding that in a perfect world animal shelters would be empty ?as every animal should be loved and in a home.?