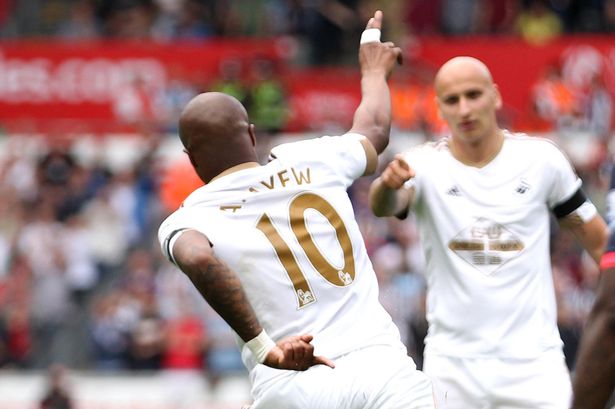 Ghana star Andre Ayew watched his Swansea City side suffer elimination from the English League after they succumbed to a 1-0 home loss against Hull City on Tuesday night.

The 25-year-old Black Stars vice captain was rested by manager Garry Monk for the clash at the KC Stadium and they paid the price Championship side claimed a slim win to progress to the next round of the competition.

England midfielder Livermore had been suspended since May following a positive cocaine test.

Swansea made 10 changes from Saturday?s draw with Everton and had plenty of chances in the opening 45 minutes, but they were made to rue their wastefulness.

This means Ayew will not play any further part in the competition but his younger brother Jordan Ayew remains in the competition after coming off the bench to help Aston Villa manage a 1-0 win over former Premier League campaigners Birmingham City.

The former Marseille star will now have to focus his attention on the Premier League and FA Cup competitions.