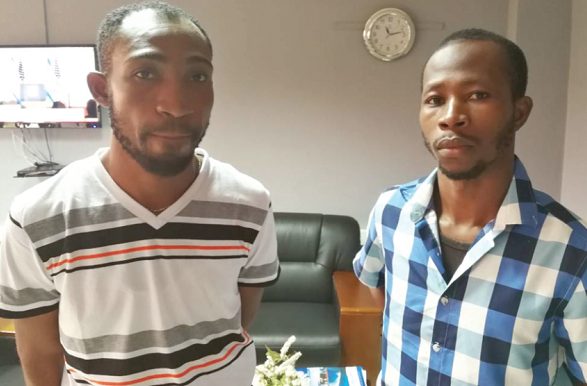 The Chinese Embassy in Ghana is under fire by some sections of Ghanaians for its alleged issuance of a business visa to one Michael Akantoganya, a self-styled businessman and a known human trafficker to continue plying his nefarious activities.

The Republic of China Embassy in Ghana, in June 2017 approved and issued a three-month business visa to the human trafficker syndicate who was arrested by the security operatives at Kotoka International Airport when he was spotted to have led and facilitating a departure process for about seven girls yet to be aboard and enplaned to the Middle East and China. Source (Daily Graphic of May 25 2017) follow link –
https://www.graphic.com.gh/news/general-news/eoco-rescues-seven-girls-rescued.html

The Economic and Organized Crime Office (EOCO) and the anti-human trafficking unit of the Ghana Police Service arrested him together with his accomplice Courage Boadi when they detected the girls to be uncomfortable with the treatment by the two gentlemen at the KIA.

The Embassy after been notified with the nefarious act by the state security agencies and the state owned media ignored the notification and proceeded to issue him (Michael Akantoganya) with a three-month business visa to enable him ply his criminal deeds.

Sources at the Embassy reveals that, he (Akantoganya) is said to be in close contact with some Chinese Diplomats who allegedly benefits from the visa application charges he earns from the unsuspecting victims.

Further checks at the British High Commission in Accra have banned him from travelling to the United Kingdom for ten years when they detected some fishy deals with his documentation when he allegedly forged bank statements, birth certificates and other vital documents to enable him travel to the queen’s land.

“I wonder why this young man over years uses the embassy to acquire visas for and on behalf of people (serves as middle man) and collect huge sums of money for his mediation”. Mrs. Collins, a victim’s aunt asserted to this reporter.

Ghanaian authorities have frowned against the act of human trafficking due to the disdainful acts meted against their nationals by some agents and their paymasters mostly in the Middle East, Asia (China, South Korea and Thailand).