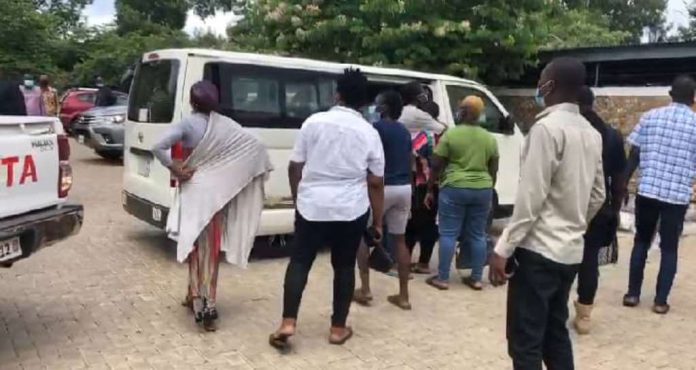 The Humanists Association of Ghana, a human rights organization has described as unlawful, the arrest of some 21 LGBTQI Campaigners in the Volta region by some security forces.

It would be recalled that, some LGBTQI campaigners were rounded up by security forces during a conference in Ho in the Volta region on the 21st of May 2021.

Police described their activties as unlawful assembly, with all 21 members being remanded in police custody.

However the Humanists Association of Ghana in a statement issued on May the 23, 2021, says the actions by the Police should be condemned by all, since the constitution enshrines for the respect and protection of people’s rights.

The statement signed by it President Michael Osei-Assibey described the arrest as part of a trend towards authoritarianism by the current government, which has seen unlawful attacks on Journalists and protestors, as well as the arrests of persons without legitimate basis by these reckless security aparatus.

It urged the Inspector General of Police and the President of the Republic of Ghana not to allow state institutions to repress the rights of the ordinary Ghanaian who has the right to freedom of association.

It’s therefore urging the general public to join hands in condemning such unlawful attack which smacks of illegality and an affront to the rights of the ordinary citizenry.