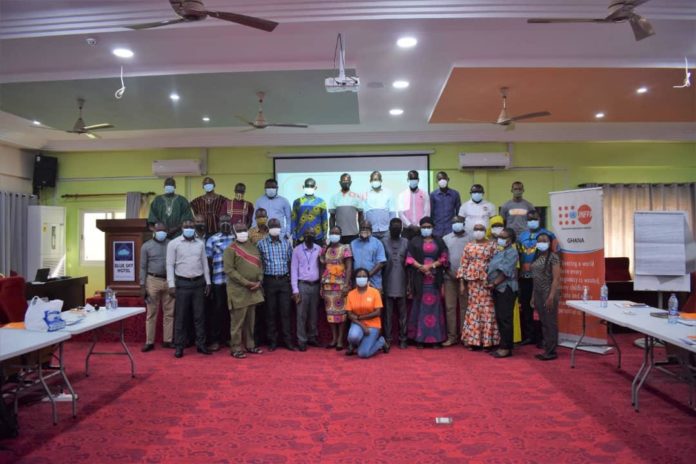 Dr Robert Mensah, Reproductive Health Programme Specialist at the United Nations Population Fund (UNFPA) has called on stakeholders and institutions to mainstream sexual and reproductive issues when preparing and responding to humanitarian crisis.

According to him, during any humanitarian crisis like floods, outbreak of diseases, and political instability among others, women, girls and children were the most affected and their reproductive health needs were often neglected.

He therefore advocated stronger coordinated stakeholder approach as central in effective disaster preparedness and humanitarian crisis management, which would ensure that the Reproductive Sexual and Health (SRH) needs of affected persons were responded to appropriately at the onset of every humanitarian crisis.

Dr Mensah made the remarks in Bolgatanga in the Upper East Region at the opening of a five-day training on the Minimum Initial Service Package (MISP) for Reproductive Sexual and Health (SRH) in humanitarian settings, organized by the UNFPA for selected institutions.

The MISP for SRH, developed by the Inter-Agency Working Group for Reproductive Health in Crisis (IAWG), is a series of crucial lifesaving interventions required to effectively respond to the sexual and reproductive needs of affected persons during any humanitarian situation.

He mentioned that there were more than 43 million refugees worldwide as result of humanitarian crisis and about 80 percent of the number were women, girls and children and the situation has increased abuses including sexual and gender based violence leading unwanted pregnancies, disease infections and disabilities.

Dr Mensah who said the SRH was a human right and a global standard supported by treaties, noted that when there was stronger coordination among major stakeholders, there would be effective sharing of accurate information, efficiency and strategic decision making necessary during crisis preparedness and responses.

This, he said, would not only prevent duplication of services but the SRH would further prevent diseases and reduce Sexually Transmitted Infections and HIV, disabilities, sexual and gender based violence and prevent maternal and newborn morbidity and mortality.

He said effective coordination would further enable access to funding from the United Nations FLASH APPEAL project and the Central Emergency Response Fund (CERF) during emergencies.

Mr Patrick Avevor, Technical Officer, Public Health Security at the World Health Organization (WHO) in Ghana who spoke via zoom, explained SRH could not be relegated to the background in any situation and added that coordination was key to ensuring that even in the midst of emergencies, the SRH needs of women and children were attended.

He explained that when the coronavirus pandemic broke out particularly in Ghana, WHO collaborated effectively with Ministry of Health, the Ghana Health Services and other relevant stakeholders to reactivate the public health emergency response committee which yielded positive results.

Dr Claudia Donkor, National Programme Analyst in Reproductive Health and Humanitarian Assistant, UNFPA, noted that the training was aimed at building the capacities of the stakeholders particularly those at the forefront of responding to humanitarian crisis to contribute to implementing the MISP for SRH interventions during humanitarian situation.

Dr Donkor explained that the training was to further equip the organizations with the necessary knowledge to mainstream the SRH issues into the existing health systems to strengthen them such even after the emergencies SRH issues were adequately addressed.

The training brought together representative from the Upper East Regional Coordinating Council, the National Disaster Management Organization, National Youth Authority, Ghana Health Service, the Domestic Violence and Victim Support Unit of the Ghana Police Service, the media among others.