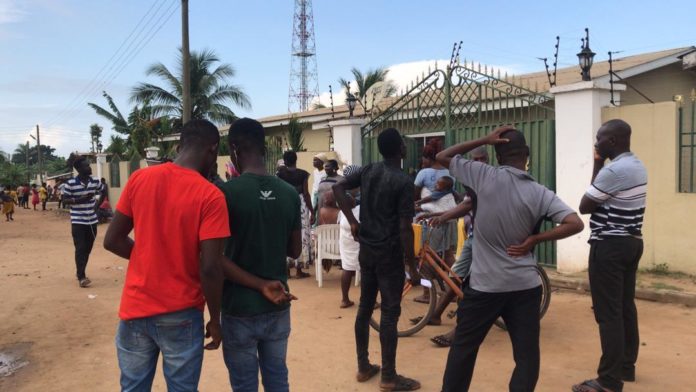 Hundreds of people have thronged the house of the late Ekow Quansah Hayford, Member of Parliament for Mfantseman to mourn with the family, after hearing of his death in the early hours of Friday.

As at 0630 hours when the Ghana News Agency visited the MP’s residence at Mankessim, scores of grieving family members, Party sympathizers, faithful and friends thronged the place.

Some residents suspected foul play called on the police to scale up investigations to arrest the killers to face the full rigours of the law.

“We will not vote for any other candidate because we suspect his death was not ordinary. It is only the Presidential we will vote for,” they said.

Mr Ekow Quansah Hayford, Member of Parliament (MP) for the Mfantseman constituency was shot dead by some unidentified gunmen in the early hours of Friday.

The MP together with his campaign team were returning from a campaign trip when the incident happened, on the Mankessim Abeadze Dominase road around 0100 hours.

The late MP filed his nomination on Thursday to seek re-election in the upcoming 2020 general election.

Married with four children, and a Christian, the late MP who hails from Mankessim was born on December 24, 1970.
With varied Professions, the MP holds an MBA in Supply Chain Management from GIMPA in 2016 and was the Managing Director of Modisa Lodge at Mankessim.