Hyundai Motor Group, South Korea’s biggest car manufacturer, on Tuesday broke away from the country’s largest business lobby composed of conglomerates called chaebol here over the presidential scandal that fueled calls for the break-up of the lobby group. 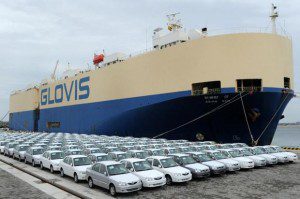 A Hyundai official told Xinhua that the company officially offered to abandon its membership of the Federation of Korean Industries (FKI), a business community that speaks for over 600 big corporations.

The official said other Hyundai affiliates, including Kia Motors, planned to leave the chaebol interest group.

With Hyundai’s withdrawal, all of top four South Korean conglomerates seceded from the FKI, which was set up in 1961. LG Group was the first to leave the FKI on Dec. 27, followed by Samsung Group and SK Group.

The departures will put the survival of the FKI at risk as the top four chaebols accounted for around 77 percent of total membership dues as of 2015, according to local media reports.

The FKI is suspected of brokering the donations by dozens of conglomerates to two nonprofit foundations, which President Park Geun-hye’s longtime friend Choi Soon-sil used for personal gains.

The chaebol lobby is also accused of having offered money to conservative advocacy groups, which paid, in turn, elderly protesters attending the pro-government rallies at the request of the presidential Blue House. Enditem