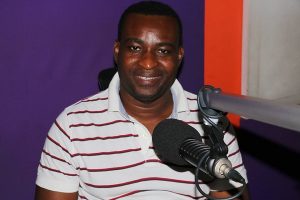 The Ashanti regional Chairman of the ruling New Patriotic Party (NPP) Bernard Antwi Boasiako popularly called ‘Chairman Wontumi’ has stated that he is tough but humble and not arrogant as speculated by a section of Ghanaians.

He explained that his mother trained him not to allow people to bully or disrespect him in all his endeavours.

Speaking with Kwabena Anokye Adisi Bola Ray on Starr Chat the 40- year old business mogul explained that he doesn’t allow people to cheat him and that he has been tagged arrogant because he is outspoken.

He said he always rises up like Joshua in the Bible to defend the vulnerable who are being cheated by the opposition National Democratic Congress (NDC).

I am very, very humble. Anybody who knows me well will tell you that I am very humble. So if you want to know Wontumi  come close to him, when you see me shouting, its about work, its about serving and when you are serving and you see that the other party NDC are trying to bully the poor or needy and then I rise up like Joshua and say no, no I am not  a bad person but a good person. If am bad I can choose to do so many things but I don’t. As a young man I have chosen the path to lead the NPP in Ashanti region, the heart of the party,’ he stated.

He disclosed that he built his first 22-bedrrom mansion when he was 22 years and that he has over hundred houses to his credit.