News Ghana
Home Entertainment I beg, save me that celebrity crap in KKD saga 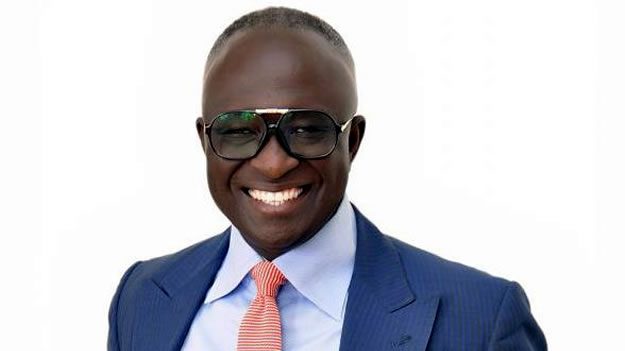 It is funny how everyone judges you when you put yourself in a mess. So far I haven’t given my opinion on the rape case which has been filed against Kwasi Kyei Darkwah, known in showbiz circles as KKD because i wanted to save my comments.

However, social media users have taken this whole thing to a different level, some calling KKD all sorts of names, others wishing he rots in prison, others are praying the alleged rape victim, Effe wins the case (a case which has already been taken by the state), others using vulgar words on him, and many other things.

Ok, truth is, I wasn’t at the said location (African Regent Hotel) the very night this rape incident happened so there is little i can say as to whether it was indeed a consensual sex as KKD is put it or it was a rape, according to the constitution of Ghana but whatever the case is, i am speaking as a guy who can be in KKD’s position anytime.

According to the constitution – a woman may undress herself and say let?s get banging, and as you are on top of her?the moment she changes her mind and says, stop going in and out of me, consent has been revoked. So even if you decide to just go for a last push inside her, you have committed a crime which is tagged to be RAPE. (Chris Vincent)…

With the above definition, i can boldly say this as a man. Not just any man but a very potent man that, almost all men have raped a lady in a way or the another and this is why we as a human being shouldn’t be so quick to judge KKD as if me, you, your brother, father or uncle can overcome bedroom temptations that easily.

I read dumb comments saying, KKD is a celebrity and he shouldn’t be putting his joystick in every hole he sees. RUBBISH, what is so extra ordinary on a male celebrity who has not legally married that can limit him to sex? Even those we call the top worldwide superstars make love to other ladies including strippers all the time. Even political figures do it so why the noise and idiotic talk blabber?

I beg save me that celebrity crap because being a celebrity, being liked by many, being celebrated by people wherever you go doesnt mean you no longer have access to your joystick or, cant have the right to your sexual satisfaction anymore. You can make love to whoever, whatever and wherever you want. It is only in Africa, especially Ghana, that you will see and hear colleague celebrities condemning KKD with the celebrity bullshit, meanwhile, these same people flirt with WhatsApp and Facebook girls – hypocrisy in the entertainment industry.

I am not here to defend KKD since he is facing the higher judgment in our land but just as the case of Bill Cosby, when he was branded as a rapist, many ladies stood up accusing him of raping them and this is the same thing i read online as soon as Effe took the first legal step against KKD, it followed by countless sexual allegations to KKD for raping them decades back.

The big question is, will KKD’s case be as a lesson to we guys and stop us from having sex? Honestly the answer every guy will give is a big NO. This is due to the fact that, in a world where lust is so much closer to us than real love, why will one choose not to make love when he has the chance to – and rather wait till he enjoys love-making on his matrimonial bed with the right one. You see how sweet that sounds but most guys are not ready for that NOW and ladies on the other hand these days have various tactics to psychologically make a man feel she needs the joy in her, which automatically means, the guy has the visa to enter anytime the two of them are alone.

Now let me tell you why we (guys) can all be victims. A lady can report you after enjoying her watermelon and you refuse to fulfill her initial or latter demands after sex – in a form of money, phone, favor, position, etc. Whether it was a consensual or even she was the one who forced you to enter, as soon as she enters a Police Station to file a rape case against you, (girls can lie) with that, it will be your words against her words and with the definition for rape above, there is no way one can easily be set free from a modern day rape case. One has to be lucky like Bill Cosby.

With KKD’s case, we should learn a lesson or two from what he is facing, the freedom that has been taken from him and what rape can do to a guy, measures to take when a lady opens it for you, how to overcome this in order not to be a photocopy of KKD-Effe saga, etc. – we have forgotten to get all these lessons from what our fashion icon is facing but rather putting blames on him. A blame we practice ourselves without precautions.? No guy can be that holy so my fellow humans’ (boys and girls), please do well not to see the other side of KKD alone because you are missing what can happen to you, your brother, father or any male relative closer to you. No matter the mountain of hatred you have piled down for him, bury them for now and lets wish him well…