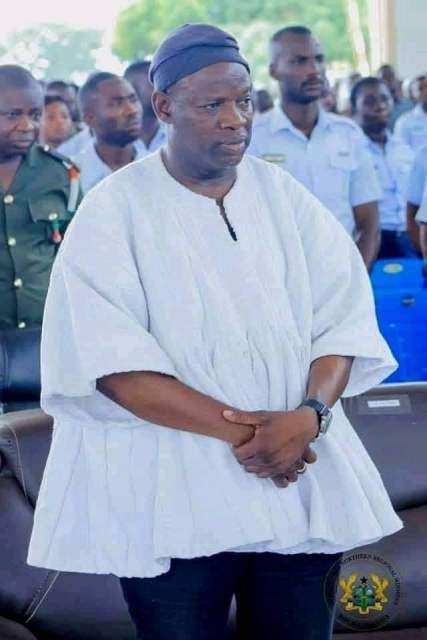 Mr Salifu Saeed, Northern Regional Minister, has denied that he sent some youth to the premises of the Northern Development Authority (NDA) to cart away tricycles belonging to the NDA.

Mr Saeed said “I wish to state categorically and unequivocally that, I did not direct anyone or group of persons or company to pick any item from the premises of the NDA yard in my name or the Northern Regional Coordinating Council”.

He added that “For the records, I was the same person, who ensured the protection of said items upon my appointment until the appointment of the Chief Executive Officer (CEO) of the NDA”.

This was contained in a statement issued and signed by Mr Saeed and copied to the Ghana News Agency in Tamale.

It will be recalled that in October, last year, Dr Alhaji Abdel-Majeed Haroun, the then CEO of NDA wrote a letter to the Regional Minister informing him that some youth entered the premises of the NDA in that month and took away several containers containing 400 tricycles.

However, the statement of the Regional Minister said “The said claim being purported by the letter of the former NDA boss is false and a palpable lie. This is an attempt to soil my hard earned reputation and hard work”.

It indicated “If I was really behind the tricycles pick up, I would have written formally to the NDA, giving clear directions and the locations to deposit the items”.

It said “As head of the Regional Security Council (REGSEC), there was the need for the CEO, who had access to me, to verify before allowing the so-called assignees of mine to pick those tricycles as claimed”.

The statement said “I therefore join calls for the NDA to as a matter of urgency open a full scale investigation into the entire tricycles matter, dating back to 2016 in accordance with the laid down procedures and laws”.

It said “I wish to also add that no one is above the law and as a law-abiding citizen, criminals, irrespective of their political lineage, must be dealt with accordingly”.