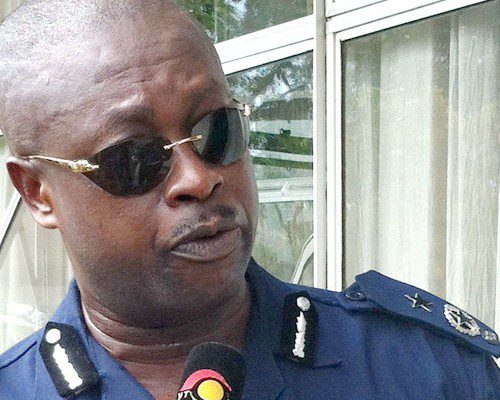 The Ashanti Regional Police Commander, Deputy Commissioner of Police (DCOP) Nathan Kofi Boakye, has boldly said on air over Kumasi Hello FM on Thursday 12 March 2015 amid other self-edifying statements that he is apolitical. These expressed views of his were also captured on Graphic Online, and published on Ghanawebweb.com. Let us give him the benefit of the doubt by simply taking him at his word. Before proceeding any further, let us define the word APOLITICAL to better understand DCOP Kofi Boakye. APOLITICAL means ?not interested in or connected with politics, or not connected to any political party?. In his on air statements, he said not to belong to any political party, neither National Democratic Congress (NDC) nor New Patriotic Party (NPP). He is just a strict Police Commander going about his policing duties without political colouration, affiliation or inclination. He does not kowtow to any political party nor does he prostrate to any political figure. Find below a web link that takes you to his brazenly declared motives.

However, I personally find him as not being a fair policeman even though, he continually portrays himself as the strictest Policeman Commander unequalled anywhere in Ghana, doing the most brilliant job that causes his peers to jitter with envy.

He is very much aware that Police officers are by law not allowed to involve themselves in chieftaincy affairs or disputes, let alone, needlessly brazenly taking sides in the most biased manner. However, this is exactly what Kofi Boakye, an outwardly strict, but inwardly unethical Police Commander, is doing.

He has involved himself in the ongoing Kumawu chieftaincy wrangling. He is openly supportive of, and doing whatever in his capacity as the Ashanti Regional Police Commander, to prop the position of Barimah Sarfo Tweneboah Koduah (Dr Yaw Sarfo) as Kumawuhene.

Dr Yaw Sarfo?s enthronement as Kumawu Omanhene was illegal. The population of Kumawuman by their 95% majority have rejected him yet, Asantehene Otumfuo Osei Tutu II, Kofi Boakye?s schoolmate and traditional boss, is intransigently throwing his weight behind this chief all for obvious dubious reasons. Kofi Boakye is therefore doing whatever he could, although illegal as the means may be, to gladden the heart of his boss.

He can be extremely strict, but very unfair and unfriendly, the best description of him I can offer were my opinion sought any day anytime. Being knowledgeable about security matters, with special reference to conflict management, I can tell from miles away that Kofi Boakye is rather stoking up conflict in Kumawuman by his attitudes which some may see and describe as irresponsible, unprofessional and biased.

He must bear in mind that the key to relationship is trust. ?Trust arrives on foot and departs on horseback?. Why have people in Kumasi written on their vehicles ?Kofi Boakye must go? as he claimed on air? He has to check where he has gone wrong. All those doing that cannot all be in the wrong. It is not because he has stepped on their toes in the execution of his job which he perceives it to be conducted in a fair, but very strict manner. He is being rather unfair as it is in the Kumawu case. In a society if you see all people that you encounter as hating you or are not right, then you had better check yourself, you can also not be right. You may be doing something dodgy that displeases others hence they turning against you.

He is at the beck and call of Asantehene Otumfuo Osei Tutu II, Dr Yaw Sarfo and Kumawuhemaa Abenaa Serwaah Amponsah. He wants to go the extra miles to make these mentioned persons happy although the means to attaining his objective may be illegal. He must note that ?I WANT is NEVER always got?. This is why jackals always howl at the moon because a jackal, according to a children?s story, was once tricked into believing that honey trickles down into their mouth from the moon. Therefore, whenever they see the moon, they look at it and howl continuously wanting for honey to drop from the moon into their mouth, but honey never drops from the moon.

I hope Kofi Boakye will begin to respect the laws of the land by abiding by the rules of his police profession.

Breaking the 8: We must allow grassroots structures to work – Chairman

Ntim Promises To Deliver Overwhelming Majority In Parliament For NPP