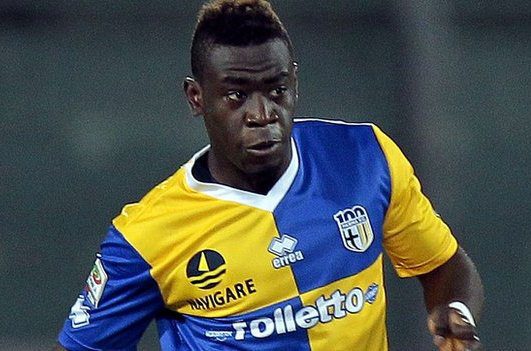 Ghana midfielder Afriyie Acquah hopes to score even more goals after hitting the target for the first time ever in the Italian top flight in Parma?s 4-2 defeat at Roma on Wednesday.

The 22-year-old scored nicely with a controlled finish to equalize for Gialloblu in the midweek Serie-A game against the capital-based side.

Parma however failed to capitalize on the momentum and went on to slump tp a heavy 4-2 defeat.

The major positive however drawn from the huge defeat was the debut goal of Ghanaian youngster Afriyie Acquah who is hogging the headlines for his consistent displays.

The former Palermo man who is on loan from German club TSG Hoffenheim has made 21 appearances under Roberto Donadoni but has had to wait a staggering 65 games to score his first ever goal in the Italian top flight.

?I am happy I am playing regularly now at Parma and I scored my first Serie-A goal,? he told Radio Gold.