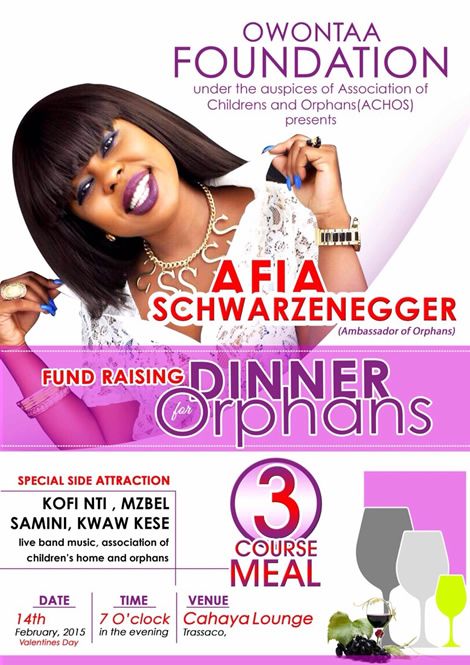 Popular controversial Ghanaian TV/radio presenter Afia Schwarzenegger has hit it hard on some bloggers in the country.

Afia who was in the media yesterday over an arrest saga which took place near a restaurant at Legon Botanical gardens over a confusion that ensued between her and some people at the restaurant.

The misunderstanding took place when she reported of her missing phone and alleged one of the patrons had taken it.

The ?Aben wo ha? show host took to her social media page to address bloggers who are writing against her on their platforms.

With a picture of the arrested Gunman who has been jailed 10years, for storming the church of President Mahama with the intention of killing him, Afia described herself as an untouchable person

She stated that bloggers, writing lies about her would not change the fact that she?s a celebrity, would not erase the fact that Bola Ray bought her a jaguar and a 4?4, cannot reduce her salary neither stop her from orgasm.

?Some bloggers are equally stupid like this guy(The Gunman)?writing lies abt me won?t change the fact that am a celebrity,it won?t erase the fact that Bola bought me a jaguar and a 4?4,it can?t reduce my salary neither can it stop me from orgasm! !!!! Hun please u can never ever kill President Mahama?.He is just like me#untouchable?

Technologies that will change the iGaming industry

Why the People Are Crying for a Change