News Ghana
Home News Politics I will at all times rally my support for MMDCEs Elections –... 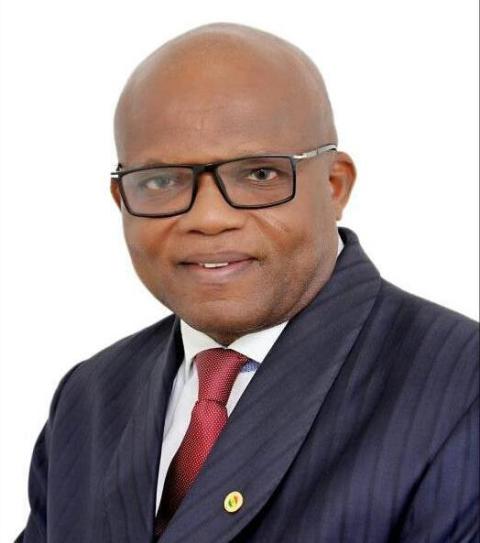 The Head of the Local Government Services, Dr. Nana Ato Arthur has revealed that he will at all times support the election of Metropolitan, Municipal and District Chief Executives (MMDCEs).

He said, being appointed as Chief Executive comes with no security of tenure, the reason why he supported the proposed election of MMDCEs.

According to him, most DCEs were struggling to become Members of Parliament (MPs) and find every available means to sabotage their MPs because of their job insecurity.

“Why is it that MMDCEs control more resources than MPs and yet they want to go to Parliament. It is because they are sure of their job security at the legislature for four years”.

In a statement copied to the Ghana News Agency, Dr. Ato Arthur observed that the election of MMDCEs would deepen Ghana’s decentralisation process and also reduce how people look down upon MMDCEs.

“Someone or people can team up against a DCE and report him or her to the President and the next minutes they are fired, but same cannot be done to an MP because he is elected”.

Dr. Ato Arthur explained that already local level elections had become highly political, indicating that during district level elections, posters of assembly members were cleverly designed with political colours and most of them behind the scenes sponsored by political parties.

“So we must stop playing the ostrich and hold the bull by the horn”.

He noted that all the experts of decentralisation in Ghana including; Prof Kwamena Ahwoi and Dr. Calistus Mahama fully support the election of MMDCEs and are captured in their books.

The Head of Service noted that the election of MMDCEs would also promote downward accountability to the local people as the elected Chief Executive will be accountable to the electorate.

He was elated that President Nana Addo Dankwa Akufo-Addo had added decentralization to the the then Ministry of Local Government and Rural Development to strengthened the existing structures of decentralization.

Touching on the importance of his office, Dr. Nana Ato Arthur disclosed that all staff of the 260 Metropolitan, Municipal and District Assemblies (MMDAs) and the 16 Regional Coordinating Councils (RCCs) were under the Local Government Service.

The Local Government Service he said was responsible for the implementation of government policies and programmes.

He said Ghana should be more committed to the decentralisation process to promote local level development.

He said his outfit in collaboration with Ministry of Local Government and Rural Development had ensured that staff were fairly distributed to all the MMDAs and RCCs to ensure efficiency.

He noted that no staff under the Local Government had the power to decide where they want to work, “We post people based on merit and in a transparent manner, although there are a few cases where people with peculiar issues mostly related to health and marriage are posted to places of choice.”

Dr Ato Arthur encouraged MMDCEs to work with the local communities well and urged them to engage more with the chiefs and people, involve them in the implementation of assembly programmes and reduce the usual evasion of taxes and levies.

He said the Government had introduced the Electronic Biometric Logging System in all the Assemblies to check the attendance of staff.

“In addition, all MMDCEs are also made to sign Performance Contracts to ensure effective leadership and accelerated development at the local level.