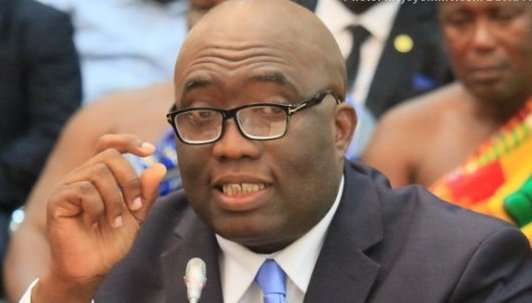 Mr Joe Ghartey, Presidential Candidate hopeful for the New Patriotic Party (NPP), says he would revise the Free Senior High School (SHS) policy when given the nod to lead the NPP and the country.

He told Ghana News Agency in an interview in Takoradi that “as leader of the government business, I would do certain things such as cutting down expenditure.”

In the area of Free SHS, Mr.Joe Ghartey said, the policy would not be abolished, but exist as a rule with exceptions.
The former Attorney General and Minister for Railways Development explained that “Article 71 office holders wards would not enjoy Free SHS policy.”

Mr.Joe Ghartey stated that no Minister in his government would enjoy the Free SHS Policy for his or her children.
The NPP Presidential aspirant said several categories of people, who could afford education, would be encouraged to pay for their children.

He stated that he had a team, which were looking at ways in which to ensure that those who could not afford to pay would not be affected by the revised policy.

He said any of his appointees within the Article 71 category such as Ministers would have to lead by example.
The others who belonged to independent constitutional bodies would be engaged to see how they could also make this all-important sacrifice for the good of Ghana.

Mr Ghartey said his team was actively looking at how to reduce government expenditure drastically without affecting growth and pro-poor policies.

Ghana Airlines to take in third quarter this year