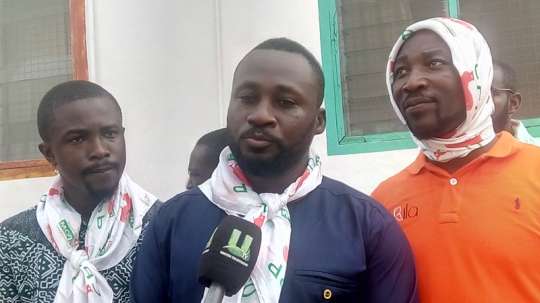 Mr Kweku Quansah, contesting the National Chairmanship position of the Convention Peoples’ Party (CPP), has pledged to reinvigorate the Party by putting in place infrastructure to make it capable of winning the 2020 election.

He said the absence of physical structures at the constituency, regional, and national levels had made the Party unattractive to Ghanaians, particularly to the youth, and that had significantly contributed to its inability to be considered by electorates as a worthy alternative for political power.

Speaking to the Ghana News Agency in an interview on Monday after picking nomination forms at the Party’s Headquarters, Mr Quansah called on party faithful to rally behind him to bring back the lost glory.

He explained that even though the CPP had been out of power for decades, its ideology remained relevant in the nation’s quest to achieve development.

“What has driven me to this point is the need for the CPP to be revitalised, that is the revival of the CPP. In fact the Party is perceived by the public to be dead and this is happening at a time when the masses are clamouring for a third force,” he said.

Mr Quansah, who was a parliamentary candidate for the Ayawaso West Wuogon Constituency in the 2016 General Election, said he was optimistic of victory and that his plan for the Party was one that would resonate with delegates to win their votes.

“All political actions are anchored on principles and so we have devised a ten-point plan, which forms a sort of foundation on which we can build and so key in that plan is visibility in the form of permanent structures laid down, and permanent offices to be built all over the country,” he said.

“There is also the need for logistics; that is vehicles, motor bikes, bicycles in the communities for outreach programmes in order to connect with members…”

He, therefore, urged his supporters to remain focused and work to ensure that he came out victorious.

The Party is expected to hold its National Delegates Conference in Kumasi on March 28, this year, to elect new leaders to stir its affairs for the next four years.

Mr Paul Kwame Anaman, the Administrator, handing over the forms to Mr Quansah, urged him to rally the youth to bring vibrancy to the Party.

He called on all aspirants to run clean campaigns to ensure unity before, during and after the congress.

Filing of nominations is expected to end on February 28.