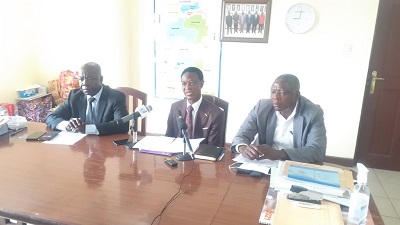 “All labour Unions are very happy about the President’s assurance because we believe that when more people are employed particularly from the tertiary institutions, it will help address the unemployment and crime rate in the country.

We think that the revamping of the company is in the right direction and we urge the Government to extend this good gesture to other struggling companies like the Produce Buying Company limited, National Investment Bank, VALCO, Volta Textile Company limited and Akosombo Industrial Company Limited,” he said.

The President as part of his tour to the Ashanti Region on October 4, 2021 pledged to give a face-lift to the company and save it from imminent collapse.

The President said the Government was working to include the company under the One District One Factory initiative, in order to revive it.
Management of the company in 2020 announced its intention to shut down its operations if the Government fails to revamp it.

Speaking in an interview with the Ghana News Agency in Accra, Mr Ayawine lauded the President’s commitment not to superintend over job losses and the need to revamp the company after the Union in 2018 petitioned the President to recapitalize the company and make it more viable.

“The company was established in 1974 through the collaboration of Ghana and Germany with the objective of manufacturing and assembling buses to augment the transportation system of the country,” he said.

The General Secretary said during the company’s peak days, it could produce about 12 buses a month and employ about 800 workers who run shifts as part of its operational arrangement, but the situation had deteriorated and needed urgent attention.

He said the staff strength in Accra and Kumasi stood at 50, which was less than the 800 workers it started with, attributing the situation to resignation and redundancy.

Mr Ayawine said it was better for the Government to focus on recapitalizing struggling companies instead of engaging in redundancy which would lead to unemployment.
Mr Ayawine assured the government of workers’ commitment and dedication to work assiduously to increase productivity, stressing that “this could be achieved in an atmosphere of peace and harmony”.