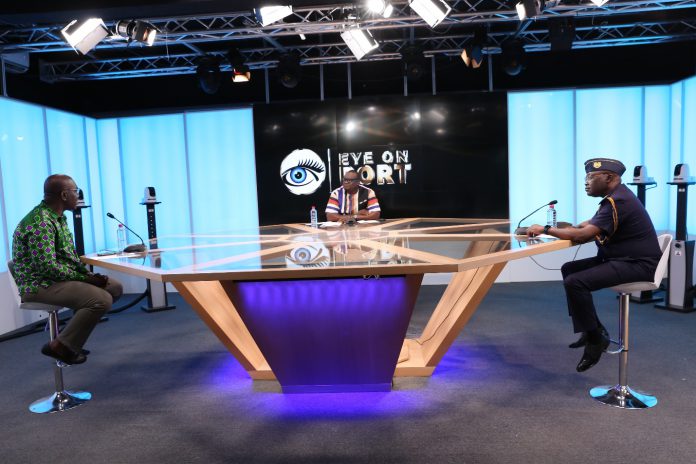 The President of the Association of Customs House Agents Ghana (ACHAG), Yaw Kyei has described the Integrated Customs Management System (ICUMS) as the best Customs management system the country has ever had.

According to him, the processing time under ICUMS has seen significant improvements as goods are now cleared at the Ports within hours.

Speaking on Eye on Port to assess the first year of the implementation of ICUMS at the Ports, he said payment of duties can be made far in advance before the vessel arrives which inures to the benefit of the importer and the government.

“If you have the money sitting in your bank account and all your documents are ready you can pay the duty. The major advantage the importer will have is that he or she will avoid the increment in the exchange rate,” he said.

He also lauded the electronic processing of documentation under the ICUMS as the best of its kind.

Yaw Kyei said the only challenge freight forwarders had with ICUMS at its initial stage was the transitional period which they believed could have been better organized.

He said the criticism from freight forwarders shouldn’t be misconstrued as being against the implementation of the ICUMS, but rather geared towards offering solutions to the initial challenges.

“We (freight forwarders) were not against ICUMS. ICUMS initially had challenges and we did our best to criticize, make suggestions and cooperate massively with them to see the system as we have now,” he said.

Speaking on the same programme, the Deputy Commissioner of the Customs Division of the Ghana Revenue Authority incharge of Suspense Regimes who doubles as the Chairman for the ICUMS Implementation committee, Emmanuel Ohene, said a robust cargo management system has been put in place which has ensured high level of compliance.

He also touted the ICUMS as having reduced revenue loopholes that used to exist at the Ports.

“Now we are able to account for every revenue in the ICUMS,” he said.

Yaw Kyei averred that the of automation ICUMS makes it difficult for importers to over or under declare their cargo, adding that employing fraudulent means to clear goods at the Ports have been minimized.

He revealed that a state warehouse management system is being developed to fully automate the auction process.

Mr. Yaw Kyei believes the automation of the auction system will do away with a lot of leakages.

The Deputy Commissioner-Suspense Regime revealed the next phase of the ICUMS implementation will see the role out of several modules by the end of the year.

Mr. Yaw Kyei called for an effective call center to help address challenges that may arise in the clearance of goods at the Ports.