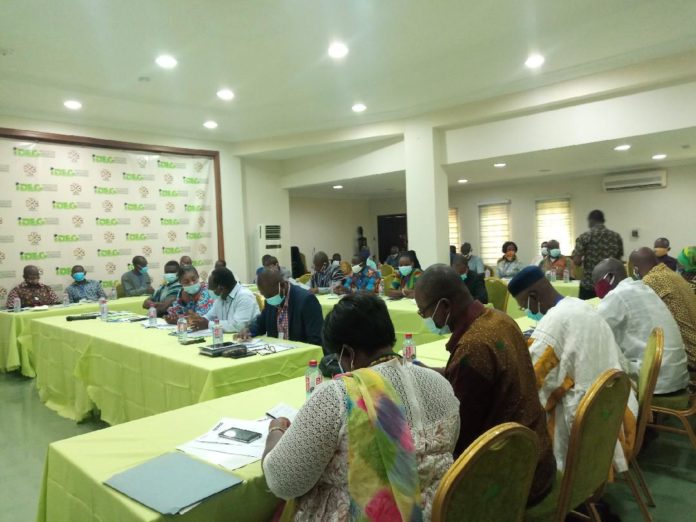 The Institute for Democratic Governance (IDEG) in partnership with the Civic Forum Initiative (CFI) and other civil society organisations, will setup 16 Election Situation Rooms (ESRs) nationwide to monitor the December 7 general election.

The ESRs, which would be launched in November, would focus on data regarding the voting processes, voter turnouts, results from polling stations and collation centres, as well as other incidents that may occur at the various polling centres.

It would serve as observatories, conflict mediation platforms, hubs for all information on elections, and as coordinating centres for field observation of the elections by civic society.

The workshop, which was organized by the IDEG in partnership with CFI with the support of the Embassy of Denmark in Accra, was attended by more than 40 participants drawn from across the country.

Mr Kwesi Jonah, Research Fellow, IDEG, speaking at a day’s Orientation Workshop for the Reactivation of Civil Society Election Situation Rooms (CSESR), said the workshop sought to equip and prepare Coordinators of the CSESRs for effective operations of the situation rooms for the 2020 general election.

Mr Jonah said the Institute would be appreciating former CSESR Coordinators, who had distinguished themselves in the discharge of the duties.

Major General Nii Carl Coleman (Rtd), Chairman, CFI, who chaired the function, said IDEG and CFI introduced the concept of CSESR as a hub for the collection, collation and processing of field data as well as coordination of elections activities and personnel.

He noted that the CSESR was geared towards sustaining credible elections and peace by promoting citizens’ participation in the management of the electoral process.