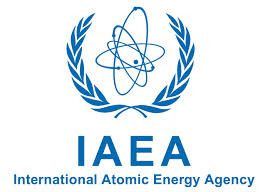 The crisis generated by the coronavirus pandemic could be a “catalyst” for converting the world’s energy systems to zero emissions, the director of the International Energy Agency (IEA) said during a videoconference on Monday.

Fatih Birol was speaking during a round of explanatory sessions in different countries following the publication three weeks ago of the IEA’s World Energy Outlook.

The IEA believes far-reaching changes are needed over the next 10 years to curb greenhouse gas emissions.

Birol noted that the consumption of oil and coal were falling around the world and called on companies to invest in the shift away from fossil fuels, despite the crisis, in order to reach zero greenhouse gas emissions by 2050.
He predicted that energy consumption would reach pre-pandemic levels again only in 2023.

Birol also said that measures to safeguard the climate played a major role in European Union programmes, but not in those of the United States.

The EU and Japan had set the goal of being “climate neutral” by mid-century, either by avoiding emissions of greenhouse gases or by capture and storage.

The head of the German Association of Energy and Water Industries (BDEW), Kerstin Andreae, said extending energy grids was a key factor in making the transition to renewables.

Referring to a BDEW study conducted in the summer, she said that investment of some 320 billion euros (370 billion dollars) was needed in Germany, and that this could provide a large boost to economic growth.