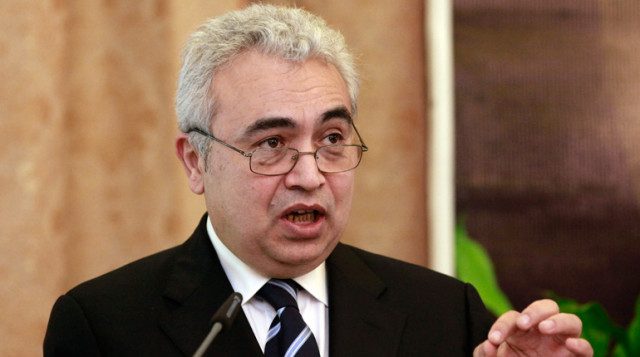 RENEWABLE energy is expected to represent the largest single source of electricity growth over the next five years, driven by falling costs and aggressive expansion in emerging economies, the France-based International Energy Administration, IEA, said in its annual market report.

Pointing to the great promise renewables hold for affordably mitigating climate change and enhancing energy security, the report, warns governments to reduce policy uncertainties that are acting as brakes on greater deployment.

“Governments must remove the question marks over renewables if these technologies are to achieve their full potential, and put our energy system on a more secure, sustainable path.”

The report noted that renewable electricity additions over the next five years will top 700 gigawatts (GW) more than twice Japan’s current installed power capacity. “They will account for almost two-thirds of net additions to global power capacity – that is, the amount of new capacity that is added, minus scheduled retirements of existing power plants.

Non-hydro sources such as wind and solar photovoltaic panels (solar PV) will represent nearly half of the total global power capacity increase,” it added. The report sees the share of renewable energy in global power generation rising to over 26 per cent by 2020 from 22 per cent in 2013. This is considered a remarkable shift in a very limited period of time.

“By 2020, the amount of global electricity generation coming from renewable energy will be higher than today’s combined electricity demand of China, India and Brazil.” It also showed that the geography of deployment will increasingly shift to emerging economies and developing countries, which will make up two-thirds of the renewable electricity expansion to 2020.

China alone will account for nearly 40 per cent of total renewable power capacity growth and requires almost one-third of new investment to 2020. It noted that renewable generation costs have declined in many parts of the world due to sustained technology progress, improved financing conditions and expansion of deployment to newer markets with better resources.