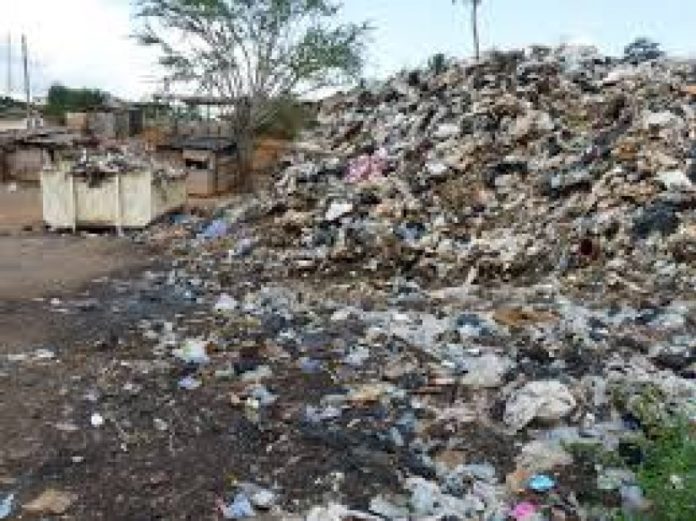 The Institute for Environment and Sanitation Studies (IESS) has organised a forum on the mainstreaming of informal waste by the MMDAs for effective waste collection.

The programme which brought together representatives of informal waste collectors in Accra, researchers, officers from the MMDAs, civil society as well as from the Ministry of Environment and Sanitation, also centred on enhancing the work of the waste collectors through state recognition of their activities.

In an opening remark, a former Director of Noguchi
Memorial Institute for Medical Research, Professor Abraham Kwabena Anang, observed that “the dialogue is important because it is tapping into one of the most critical realities of our strategic movement into the future, and this reality is partnerships. ”

The Prof Anang, who was speaking on behalf of the Director of IESS, Professor Kwasi Appeaning Addo, observed that, once Ghana was able to do this, the nation would be advancing some of the most important objectives for promoting her socio-economic development.

The Professor said, the outcome of the workshop would help Ghana to truly align policy and once the nation got the policy right, it meant that the administrative and the regulatory framework would also be right.

“We can work with our brothers and sisters to promote not just waste management efficiently, but income generation, because the Tricycles and the Borla Taxis are a component of bringing jobs and incomes,” he said.

In a Presentation on the theme, “Decades of Advocacy for informal waste workers,” a Senior Research Officer with the IESS, Madam Cecilia Datsa, observed that the changing volume and content of municipal waste had overwhelmed city authorities and therefore the need to come out with better ways of addressing the challenge.

“There was no data on informal waste workers in the municipality,” she informed.

The Senior Research Officer said the major concerns that were raised included the absence of a regulator system for the informal waste collection sector, no waste disposal sites in the Municipality, and the nuisance caused by the informal sector in the conduct of their work.

On a working relationship between the assemblies and the informal waste collectors, Mrs. Lydia Bamfo, Chairperson of the Borla Taxi and Tricycle Association (BTTA), said there was the need to project the Association and make sure informal rubbish collectors joined and obeyed the laws of the association.

She said that would give the Association the recognition it needed to champion their cause, give them a voice so that they could work effectively with the assembly.

Mrs. Bamfo hinted that her association intended to set up a task force to deal with their dress code and the covering of waste materials during transportation to make sure waste collection was dignified enough to attract school leavers.

The Environmental Health Analyst of the Ga East Municipal Assembly, Mr. Richard Donkor, said the informal sector had come to stay and could not be ignored, hence the need for the assembly to encourage all local informal waste collectors to join the Association, adding that so it would be easier to train and organise them.

He said his outfit would enhance the inclusion of the operators by allowing them to participate in Stakeholder Engagements, Town Hall meetings, Durbars, etc.

The representative from the Ministry of Sanitation and Water Resources, Mr. Tony Tsekpetse Akuamoah, hinted that his outfit would work to improve policy in the waste collection sector and make sure that the concerns of the informal waste collectors were captured, whilst the ministry worked with the MMDAs to operationalize policy work with the waste collector associations.

He said the Ministry was looking at going beyond recognition of the informal waste collectors to tracking them with a chip which would help in the proper monitoring of their activities.