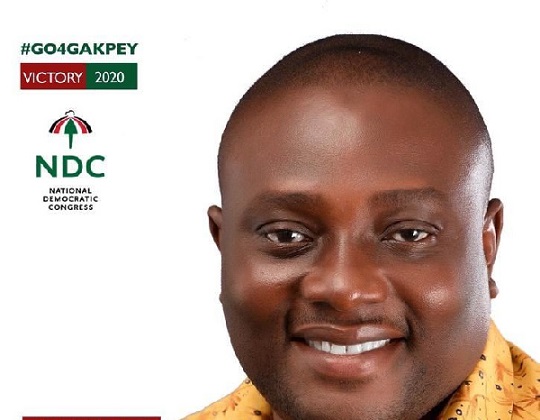 Some armed men numbering about 20 attacked Sadaco Brothers Business Ventures (SBBV), a lotto operating business at Anlo-Afiadenyigba Junction in the Keta Municipality around 2300hours on October 01.

The robbers, apart from making away with an undisclosed amount of money, inflicted knife wounds on the security guard who is currently receiving medical treatment at a hospital in Abor, hit the mother of the SBBV Boss with a gun morsel when she tried to raise an alarm.

Ghana News Agency (GNA’s) visit to the SBBV premises saw security doors forced open, blood stains on the floor, on a wall to an office, bullet holes created in a wall and doors while the car with the engine damaged by the bullets, remained parked in front of the Anlo-Afiadenyigba Police Post.

Speaking to the GNA, Mr Gakpey said around 2320hours, while he was at his residence at Anlo-Afiadenyigba, he received a call from his cousin, Mr Ganyo Azi (Sadaco), Chief Executive Officer of SBBV that the business centre was being attacked and so, together they drove to meet the Police at the Anlo-Afiadenyigba Junction Barrier to help quell the operation.

He said while on that, the armed men, about seven who were on the road looking out for those carrying out the operation inside, opened fire on them, saying, it took God’s intervention to be alive.

The MP also commended the bravery of his bodyguard, Constable Albert Gakpey and the vigilance of the community members, which led to the arrest of five suspects.

“While we were driving to the scene, the armed robbers saw the car and started firing at us. They aimed at the driver’s side and fired shots but fortunately, the bullets, I suppose four in all, hit the bonnet just below the glass, penetrated and damaged the car engine. I happened to be the one driving and if not for God, I would have been a dead man by now.

“ I am grateful to my bodyguard for the role he played in quelling the attack. He went ahead of us and the sound of his weapon was enough to scare the armed robbers who fled the scene and with the support and vigilance of community members who had by then mobilised themselves, we arrested five of the men.”

Chief Supt Leonard Abakah, Keta Divisional Police Commander confirmed the incident and said some arrests have been made and investigations activated into the matter.