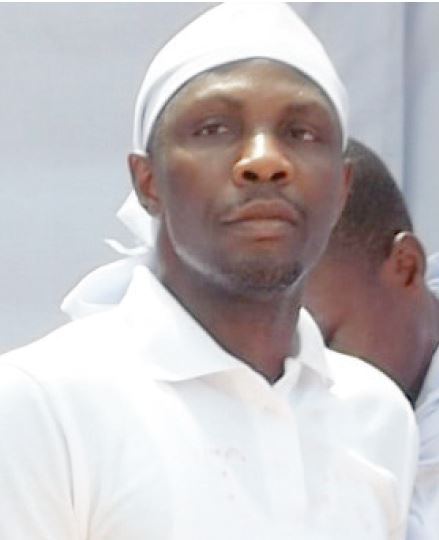 In a recent write-up titled ‘Tompolo Boys Defy Buhari, Vows to Set Nigeria Ablaze’ I elaborated on the current standoff that ‘the dilemma is that if Tompolo surrenders, humiliation untold will accompany him. Ibori may be better than him. If Tompolo fights back, the nation will burn but Gbaramutu Kingdom will be another case of human rights violations in the hands of security agencies. If Tompolo capitulates, the Niger Delta struggle will be buried because this man has enough influence to marshal out formidable forces more than the rest of the groups.

Referring to my initial release on Tompolo titled ‘War in the creeks as Buhari Tompolo Alliance Crumbles’ I pointed out how Tompolo and Buhari alliance dealt a blow to the Nnamdi Kanu led struggle as early as August 2015 even before the latter’s arrest thus , “Therefore, before that Biafran struggle too off, many ingredients were already compromised, including Tompolo factor. Many persons had informed me of Tompolo’s position of the Biafra agitations and I warned those relying on his support to go and sit down and support the change regime because an ingredient in the arms struggle had already opted out in return for government favors and protection. The Buhari they called old, sick, brain dead had shown that he is in fact an expert strategic planner than his numerous loud mouthed critics.”

Going further I explained Tompolo’s travails thus “Tompolo is now running helter skelter. The cookies had crumbled. The Nigerian Navy wants him out of the way for humiliating them out of their constitutional duties. He knew there is trouble and he gathered his boys and asked them to prepare to defend their fatherland. They were mobilized, re-armed and kept on standby to defend the militant leader against any military incursion In the course of the standoff, oil facilities were blown off”.

’These two arguments in the two previous write-ups form my views that it is safer for Nigeria and the Niger Delta Struggle if Tompolo is not arrested. I want to make it clear that I am not a fan of Tompolo. I do not support the use of violence as means of settling dispute and have condemned the gruesome murder of IPOB Biafrans in Aba and Onitsha, Shiite Muslims in Zaria and people living in the North East by Boko Haram and their government accomplices. I do not fancy arms bearing thugs taking over government apparatus and as such cannot be a Tompolo fan.

Also, I do not appreciate corrupt persons and those who loot the public funds, and Tompolo’s hands are not clean. I know also of agents who helped him in Tompolo’s bunkering business and oil theft even when policing the waterways on behalf of Jonathan regime
.
I came out hard against corruption during the build up to the 2015 presidential elections when over N30 billion naira was given to some religious ministers cutting across all denominations to tell their congregants that Buhari will Islamize Nigeria if elected. I mobilized clerics who opposed these theories in many cities and ensured that the lying prophets were disgraced. Some members of Christian Association of Nigeria, Jamaatu Nasril Islam, Ohanaeze, MASSOB, OPC and all who fleeced Jonathan of billions during elections will not forget me in a hurry.

However, Tompolo’s case is a delicate issue. I will discuss how delicate it is to Nigeria in later articles so that we do not bring many problems on the economy at this point when the naira is losing value every day, while trying to arrest an irritant militant. Tompolo represents the most organized face of Niger Delta militancy. His Camp 5 was the most disciplined, organized, equipped and funded militant command before it was disbanded during Yar’adua’s amnesty programme.

Niger Delta Warlords knows that Tompolo is a ‘General among Generals’. Africanus Ukparasia aka General Africa, Ebikabowei Victor Ben a.k.a General Boyloaf, General Ateke Tom, Mujahdeen Asari Dokubo, Gneral Nature among others are still powerful within the region but they are not as efficient as Tompolo.
General John Togo has been killed by soldiers, after he refused to heed the advice of General Tompolo and Boyloaf. Henry Okah is in prison in South Africa, betrayed by kinsman Goodluck Jonathan. The war generals are diminishing and soon the area will be a conquered territory.

The arrest and jailing of Tompolo will signify the conquering of the Niger Delta struggle and make a mess of whatever Isaac Adaka Boro and Ken Saro Wiwa died for.

I have attended to hundreds of enquiries on how to resolve the Tompolo –Buhari- EFCC-Keyamo impasse and advised that Niger Delta Elders should intervene, ask the APC led government for an out of curt settlement. Tompolo should be asked to voluntaririly release his share of the looted N30 billon naira back to Federal Government treasury. In return, the ex-militant will be let off the hook to continue his private life. If this option is taken, there will be peace in that region.

If these elders sit down and let EFCC capture, handcuff, imprison and humiliate Tompolo, they should know that it is Niger Delta that has been captured. Asari Dokubo , Ateke Tom and Boyloaf will be the next in slow succession, and there are enough charges to nail them anytime.

If Tompolo decides to fight back, which is most likely, export terminal and internal pipelines will be blown up as retaliation for his arrest. I hope the military is prepared to contain the embarrassment.

It is in Nigeria’s best interest that Tompolo is not arrested, but asked to return his loot quietly. It is also in the best interest of Niger Deltans that the humiliation of Tompolo does not follow that of Jonathan, thus let their elders act fast and save the zone from national embarrassment..