After the abolishing of Cap 30,pensioners have been complaining of hard times after pension so Prez Kuffour?brought experts to design a new pension plan for workers. The plan was made & accepted into law but it was?to take effect in 2010.Truly the new law was launched by Perez Mills & it took off. 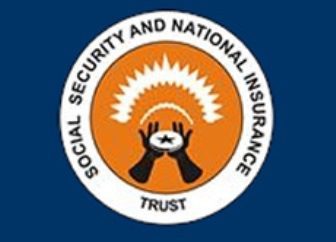 The new pension law says from next yr(Jan 2015), SSNIT will not pay bulk pension(popularly called pension?pay) again. SSNIT will only be responsible for the monthly pension of pensioners.?Monthly contribution of workers has been increased & divided into two.One goes to SSNIT & the other one(the?second tier) shld be given to the various labour unions to make investment of their choice & pay the bulk?pension. So labour union will pay ur bulk pension & SSNIT will pay your monthly pension until you die.
Note:: This is what is done in many European countries & that is why their pensioniers enjoy life after pension.?As it is now,gvt takes the share of SSNIT as the law says & Instead of giving the the second tier monies to?workers to make their own investment,gvt/president has violated the law & says it will keep the money &?appointed fund managers for workers. So a group of ppl (Pension alliance) has been put together by president?to manage the second tier monies.?Workers say they can not trust gvt with SSNIT & at the same time the second tier money so gvt shld release?the second tier monies & let the law be followed.
From 2010 to now,gvt is refusing to release the monies for workers & that is the basis of this strike.This strike?action is not to the benefit of only gvt workers.It is to the benefit of all SSNIT contributors including those in?the private sector who are SSNIT contributors.It is our future & we must be concerned.It is no joke.We must?be serious with the issues.
Our small investigation which is yet to be,seems to point out that some of those ppl who were appointed as?fund managers(PENSIONS ALLIANCE TRUST ) are the same ppl who came together & bought merchant bank.?Seriously,we? think the second tier money is not at the Bank of Ghana.The president has given some ppl the chance?to mess with workers’ pension & gvt is not telling us the truth. SHARE TO AS MANY WORKERS AS POSSIBLE.