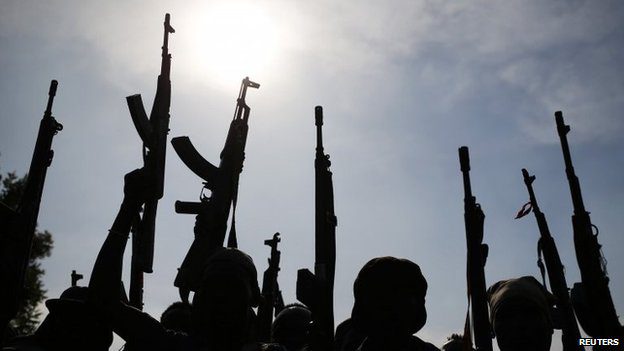 The Intergovernmental Authority on Development (IGAD) Council of Ministers on Tuesday decided to convene an extraordinary session to consider punitive measures against South Sudanese warring factions for violating the Cessation of Hostilities Agreement (COHA).

According to IGAD’s Council of Ministers, the decision to convene extraordinary session was made with due consideration to the communique of its 61st Extraordinary Session held in Ethiopia’s capital Addis Ababa on March 26, whereby it decided to take the necessary measures against violators of the peace accord.

“The CTSAMM (Ceasefire Transitional Monitoring Mechanism) and JMEC (Joint Monitoring and Evaluation Commission) have submitted reports concerning the repeated and serious violations of COHA, which calls for urgent and appropriate action against the perpetrators,” the statement read.

The Cessation of Hostilities, Protection of Civilians, and Humanitarian Access Agreement (COHA) primarily aimed to halt the conflict in South Sudan.

Since the agreement was signed by South Sudan’s warring faction in December last year, various fighting had erupted in several parts of the country.

The South Sudanese army and the main rebel group, the Sudan People’s Liberation Army-In Opposition (SPLA-IO), have been accusing each other of starting every latest fighting. Enditem