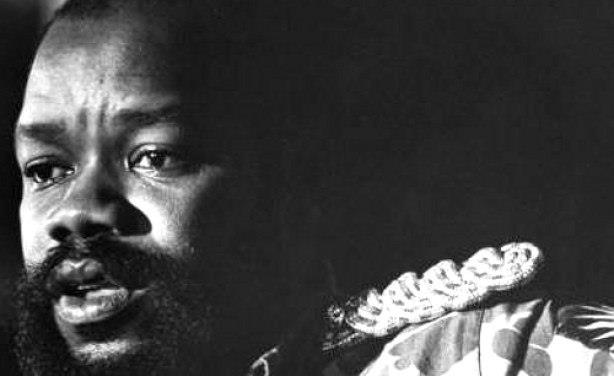 Given the pedigree of most of the political and socio-political leaders in Igbo land, it may not be correct to classify them as na?ve. These men and women who have occupied and still occupy sensitive and important positions ordinarily possess what it takes to make sound judgment but they carry on as if there is an evil spirit misdirecting them. It is regrettable to note that they have continued to lead the Igbo to political, social, and economic Golgotha. Today Igbo land is about the least developed region of Nigeria in terms of infrastructure and economic development. Igbo leaders are quick to mischievously allege that the region is being punished for its role in the civil war; this is clearly far from the truth.

Those who have had the privilege of taking up Igbo slots or represented the Igbo at the national level have constantly chosen to reason with their stomachs. Some of them that served as Governors of Igbo speaking states have acted as if they were agents of an enemy nation on a mission to annihilate Igbo land. This class of people who somehow also manage to secure contracts to build infrastructure in the region end up performing woefully to the detriment of the whole region. Meanwhile the other regions in Nigeria have continued to forge ahead in all areas. The key enemy of the Igbo has been the avaricious tendencies of its leaders.

The electoral system in Nigeria is designed to give voters the privilege of privacy and secrecy in making their choices. That is why the ballot system has been adopted. Politics is like war in the sense that strategies are not discussed on the pages of newspapers. There is need for astuteness and tact in political pursuits. Interest groups define their objectives and pursue such goals in such a deft and sometimes discreet manner that they secure some reasonable level of consideration for the general good of its stakeholders. Afenifere is seen as the apex socio- political group in Yoruba land while the Arewa Consultative Forum is seen as the champion of the Northern cause. Ohaneze Ndigbo describes itself as the apex Igbo socio politiday cal group; there are other Igbo groups. These are some of the key regional interest groups in the Nigerian political space. While the Afenefere and Arewa Consultative Forum are playing their cards close to their chest as it pertains to the 2015 general elections, the Ohaneze Ndigbo is very visible, dancing naked in public and struggling to endorse one candidate or the other. In all of Ohaneze?s desperation, it is difficult to identify their motivation; it is even more difficult to see a direction neither is it any easier to pick out Igbo interest in all its moves. Igbo interests must transcend political appointments for a few but should really consist of attracting real development to the region. Even before the President indicated interest to run for office again in 2015, Ohaneze had gone ahead of itself dissuading well meaning and ambitious Igbo men and women from running for the office of President in 2015 as it had earlier in 2011, in its usual tactless manner gone ahead to declare support for a then vacillating President Jonathan.

The build up to the 2015 general elections offered the Igbo a great opportunity to carve a niche for themselves in the Nigeria political terrain. Unfortunately, we seem to have squandered that opportunity on the altar of personal greed and avarice. The All Progressives Grand Alliance (APGA), which was largely seen as an Igbo political party failed woefully to cash in on the confusion and angst in most People?s Democratic Party (PDP) states in Igbo land. While Victor Umeh followed Willie Obiano around, he failed to identify the opportunity in Abia, Ebonyi, and Enugu states. APGA had earlier lost Imo to the All Progressive Congress (APC), in a way that showed that that Imo APGA was more about Rochas Okorocha than the party itself. APGA has since become an auxiliary political structure available to be used by disenfranchised politicians from other political parties, who usually dump the party after they would have achieved their objectives. Political power is never given, it must be schemed and fought for. The present dispensation where there does not seem to be an overwhelmingly popular presidential candidate created an opportunity for a dark horse to emerge and achieve something monumental.

The fact that an endorsement by Ohaneze will have little or no effect on the voting pattern of the people is a clear testimony to the fact that the hoopla is on only for the selfish interests of a few. One may ask what Jonathan has done for the Igbo that have driven these self seeking Igbo men and women to become more Ijaw than Chief Edwin Clark and Joseph Eva. Why are the Igbo being presented to the other tribes as haters of whoever is not dancing to Jonathan?s music, even as Bayelsa state now seems to have more APC support than most Igbo states. Jonathan himself has stated that he has built twelve new Universities and nine of them are in the north, how many were sited in Igbo land? Where is our own equivalent of Alamajiri schools? Niger Delta militants have been retrained and rehabilitated in different areas of endeavour at huge expense to the Nigerian state; what has happened to Igbo youths. Besides political appointments of individuals, what do we have to show for more than ninety five percent support for Dr. Jonathan in 2011? This write up is not necessarily against the person of Dr. Jonathan and his legitimate quest; it instead frowns at the attempted wholesale surrender of Igbo votes and support to a candidate who is not specific on deliverables to the people and the region.

It is time to reappraise our political, social and cultural objectives with a view to creating and sustaining a dynamic and modern society where the interest of all is paramount and guaranteed. This is the only safeguard against the rebellion of our youths and the protection of our people from the vicissitude of a new and emerging Nigerian nation.