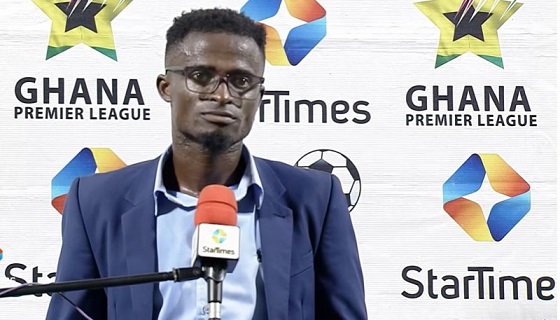 Ignatius Osei-Fosu, Head Coach of Eleven Wonders, says they deserved their 1-0 victory against Great Olympics in a match-week 32 encounter played at the Accra Sports Stadium.

Abass Ganiyu scored in the 85th minute for the away side as they secured maximum points to move them into 12th position on the league table with two matches to end the season.

Speaking in a post-match presser after their win, Osei-Fosu said claims of the match being fixed had no basis as he believes his team was on the ascendancy and deserved the win.

“For me, I don’t know how fixed games are played but the first point of call is that Great Olympics have never beaten me as a coach and my team is on the ascendancy considering our impressive away performance.

“Most often decisions in terms of officiating have always cost us in our away games and not that we don’t do well,” he said

When asked about what the win against Great Olympics means to their survival quest, Osei-Fosu said: “I believe our destiny is in our own hands and winning our next home game would aid us to escape relegation.

“We are confident in staying in the league because the players have a strong mentality.”

Eleven Wonders who have accumulated 39 points will face off against Medeama in their match-week 33 encounter on Sunday.