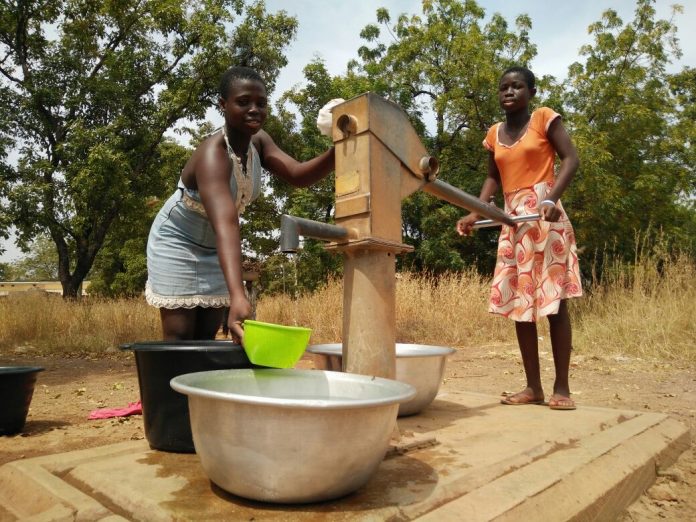 Kofi B. Kukubor has a different view on the PURC GHS 60,000 Borehole saga. 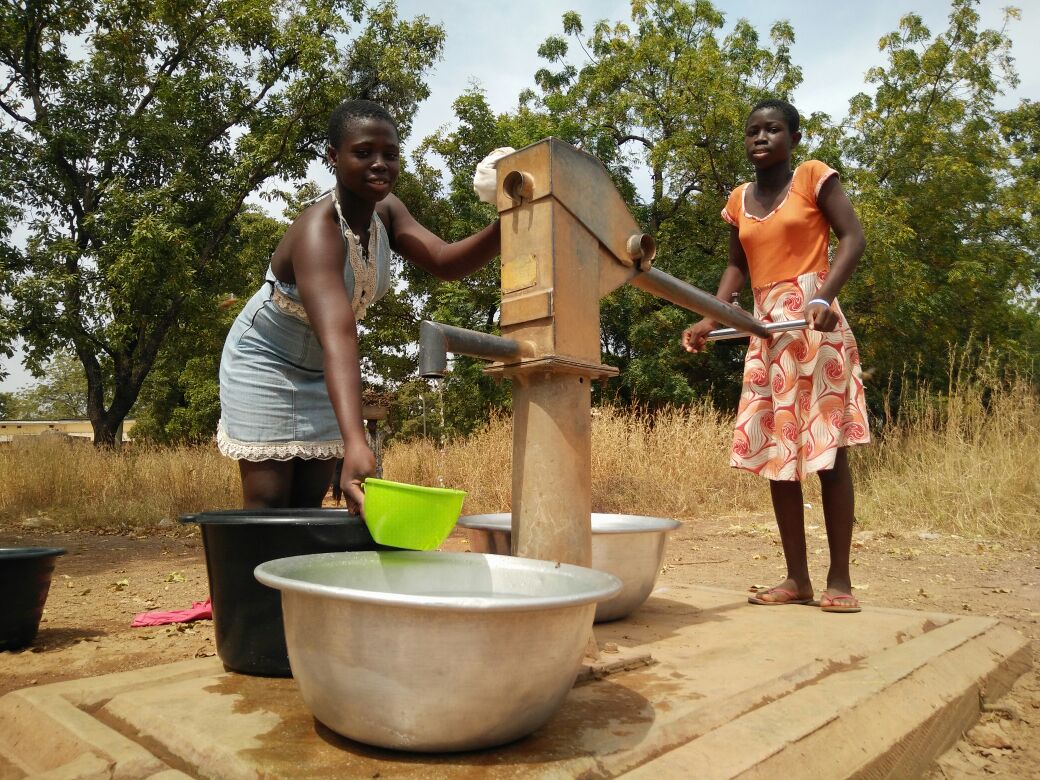 If you are a proper and professional journalist the best you could have done is to go to PURC, demand for the project appraisal documents and Public Procurement Authority, PPA approvals, study the type of INTEGRATED WATER SYSTEM, and the bill of quantities. I use an integrated water system, a very basic one for domestic consumption. The drilling alone (i.e. studying the landscape to determine whether water is beneath, and drilling) cost GHC 8,000 that was 2 years ago.

Two (2) Pumps (one to pull water from below into a tank above, and the other to push the water into the pipes) depending on the Horsepower, it ranges from 1,500 and above. The filtration and treatment of water alone can cost 5,000 GHC and above.
Subtotal is 17,000 GHC

The cost of the platform, cost of tanks, laying of pvc pipelines to the house, cost of connecting electricity and meter to the pump, and labour are all excluded.

Now PURC is referring to a INTEGRATED WATER SYSTEM FOR A COMMUNITY. I know of some that costs over 100 ,000 GHC depending on the depth of the water plate and other added features.

Is it not lazy or mischievous journalism that will cause a journalist to sit on radio or on social media to request for invoices without first defining the scope of work?” Shalom

So, four months ago, I dug a borehole in my house including an electronic pump and a hand pump for Ghc 8750. And it was professionally done! What exactly is the Public Utility and Regulatory Commission (PURC) digging for a bore hole and accompanying hand pump to cost Ghc 60,000?

Are the boreholes on Mountain Gemi and Afadzato or on the Akwapim Ranges? Or through deliberately chosen igneous /impervious rocks? This attempted naked robbery surpasses all public heist in recent times for the simple reason that it is in our faces and calls a citizen like me who has constructed his own water infrastructure an idiot! But I am no sheep.

This is one more reason you should come hear how such highway robbery is committed with your taxes in the name of public good. Today at 5pm at the Christ The King Catholic Church in Accra make time to listen to members of OccupyGhana as they recount and explain how a western corridor railway project ended up at OSU. May your day be filled with more water from your own boreholes.

Just struck me: PURC is a regulator, right? So what’s its business in providing boreholes?

Heck. The thing can even toast your bread and fry an egg for you.

Emmanuel J K Arthur shares his thoughts as a journalist and a former employee of the World Vision International on the borehole debate:

“1. In the Journalism School, we were told the media sets the agenda and therefore dictates how public discourse should be but Election year journalistic practice in Ghana has shown that it is rather politics or politicians who dictate how journalism should be practiced.

2. I do not talk issues on it surface. I will want to go behind and beyond an allegation by a politician, appraising myself to hard core facts and data available, the reality on the ground and best practices to arrive at a fair analysis for my readers to read and to judge for themselves. This is the essence of professionalism, balance and fairness.

3. Until I got to work with World Vision, I never knew that there were differences in boreholes and that water systems had different as well.

4. The PURC’s claim is that what they intend to do is more than the simple borehole most of us are used to, and that it is an Integrated Water System with a much more complex components but many people, journalists inclusive started spinning ” a borehole for 60,000″. I think this is unfair, inaccurate and unprofessional .

5. A politician tells a journalist that contracts for phase one of the same project were awarded to cronies and friends of Mahama and the journalist also runs to publish same, without interrogating to find that in the year 2007 when that phase of the project was being done, it is that same politician’s party which was in power.

6. A politician tells you the motive of this project is to raise funds to support the Mahama campaign and the journalists rush to publish same without questions to know that the by January 2017 when the project takes off, campaigning would have been ended.

7. Corruption is corruption and it doesn’t matter who perpetuates it and if that is what it is, it must be reported by journalists.
8. Journalists, like the guys at PURC and politicians have integrity which must be guarded at all times.

9. It is early days yet but I find the PURC defence for sole-sourcing unfortunate.
10. And how I wish PURC as a regulatory body had stayed off the direct execution of a project like this. I call it a Referee wanting to play on the field.

11. Journalists must open their ears and eyes to what is journalism and what is politics.

12. I plead, that in the name of God’s only son, no one will insult and call me names. These are my personal thoughts.” – EMMANUEL J.K. ARTHUR, former Parliamentary Correspondent.

The Public Utilities Regulatory Commission (PURC), has defended its decision to spend about GHc30 million in constructing 500 boreholes in selected communities across the country.

According to the Director of Public Affairs for the PURC, Nana Yaa Gyantuah, the projects which are yet to commence, are “integrated water systems” saying the cost of such projects are higher than normal boreholes.

Speaking on Eyewitness News on Tuesday, Nana Yaa Gyantuah said the Public Procurement Authority, has given them the green light to execute the project on sole sourcing basis.

“I am saying that the PPA has approved it,” she added.

Nana Gyantuah made the comment in response to the New Patriotic Party’s claims that the cost of the project has been bloated.

Speaking at a press conference in Accra, a former General Secretary of the NPP, Kwadwo Owusu Afriyie, said the amount has been inflated by the Mahama-led administration to enable them siphon state funds for its campaign activities.

“It is in the light of this that a Public Utility Regulatory Commission letter dated 6th October,2016, requesting for a ‘single-sourced procurement approval for PURC’S pro-poor water project’ shows the danger that our cash is in under Mahama. In the said letter, it is stated ‘the commission is seeking approval to single-source contractors to construct bore-holes in selected deprived communities.’ The letter continues ‘the total cost of the project for the 500 bore-holes is GH¢30million.’ And, no matter where the borehole is being dug, the rate per unit is quoted at GH¢60,000. This, ladies and gentlemen, is four times, the market rate,” he added.

He also insisted that the amount for each borehole should not be more than GHc18, 000.

But Gyantuah said integrated water systems have a lot of components and cannot be less than GHc 18,000 and thus challenged the NPP to provide contrary evidence.

“What they are talking about is the normal mechanized borehole without lines. If there is anyone out there who thinks that an integrated water system will cost less [GHc18,000] we don’t have a problem the people should come,” she challenged.

She said the project will have electronic submersible pumps that will carry the water to some installed tanks, and pipelines connecting standing pipes in the communities as well as a pump house.

“You have to do geophysical studies, chemical analysis of the water, that is in the ground because it is going to a whole community,” she added.

Begin The Corruption Fight From The Office Of Government Machinery – IMANI

Franklin Cudjoe is being unintelligent about Charlotte Osei issue

To Franklin Cudjoe: Your denial has been received