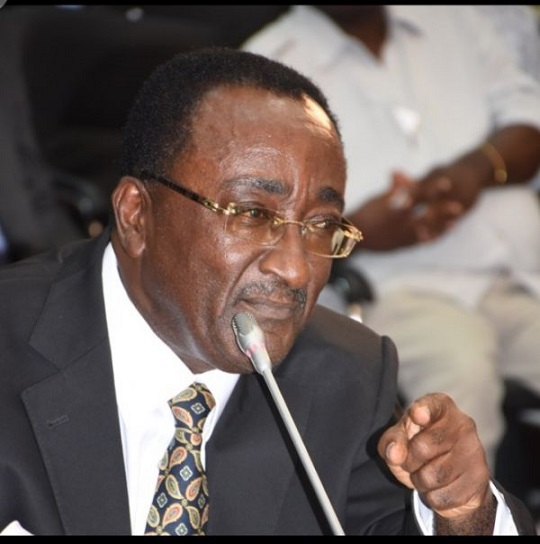 We, the friends of Dr. Akoto (FODA) have found a malignant statement by Mr. Hopeson Adorye which is alien to the fundamental principles of the New Patriotic Party (NPP), a Party which takes its major roots from the National Liberation Movement (NLM), a party founded by the late Okyeame Baffour Akoto.

In an audio in circulation, Hopeson Adorye, a protege of Mr. Alan Kwadwo Kyeremateng and leading member of Team Alan has indicated that Northerners in NPP are only fit for the running mate position of the Party. Despite FODA believe Dr. Bawumia is not fit to lead the Party now due to his incapabilities, we still find the statement very unfortunate because the Party’s principles and philosophies don’t encourage tribalism in the selection of its leaders but rather competence.

Therefore, so long as democracy offers the best chance for sustained growth and prosperity, Patriot Hopeson’s tribal politics must be totally condemned by genuine Party faithfuls and Ghanaians, otherwise, our road to doom will continue to be paved by tribal intentions.

Tribal politics is prone to inciting violence, and therefore, we urge Mr. Alan Kyeremateng and his entire campaign team to pursue politics of unity rather than divide the Party and Country along tribal lines as has continuously been witnessed by his stance in the previous internal contests.

Just like Team Alan, Haruna Aziz Futa, the National Nasara Coordinator and a known protege of Dr. Mahamadu Bawumia in his bid to influence the political fortunates of VEEP recently passed a tribal and religious statement during the Party’s Thanksgiving Service at the National Mosque in Accra. As part of his presentation during the service, Futa indicated that it is time the Party chooses a Muslim flagbearer with a Christian running mate.

We believe that, both Team Alan and Team Bawumia are pursuing politics of Tribalism and Religious incitement to promote their respective political fortunes in the upcoming flagbearship race because both have respectively failed in the management of their respective sectors, failed the Party and Government, and has as a result made President Nana Addo, NPP and Ghana a laughing stock on the Global stage. And therefore, without them employing divisive campaign messages and strategies such as these to attempt to clinch onto power, their chances remain very slim.

What should caution both Team Alan and Team Bawumia most is, it took Kenya nearly a decade to unite because leaders of different opposition parties were focused on pursuing their tribal interest rather than uniting around a common political programme. Nigeria’s political landscape also continues to be unstable due to the religious stance taken by Boko Haram.

Building a strong party requires integrity, dedication, commitment and selflessness, therefore, Dr Bawumia and Mr. Kyeremateng who out of desperation are relying on tribal and religious alliance will have their actions resulting in springing up sectarian animosity into Party and government business.

Fellow Patriots, we will therefore employ all to ignore the two tribal and religious bigots and root firmly behind Dr. Akoto the Unifier, Achiever and Generational Thinker for the advancement of the NPP and Ghana.

By Friends of Dr. Akoto (FODA)

Ignore Directives For Closure Of Shops – TAGG To Traders

Hassan Zein Advises Public To Ignore Defamatory Publications About Him

Nurses and midwives urged to concentrate on their jobs as professionals