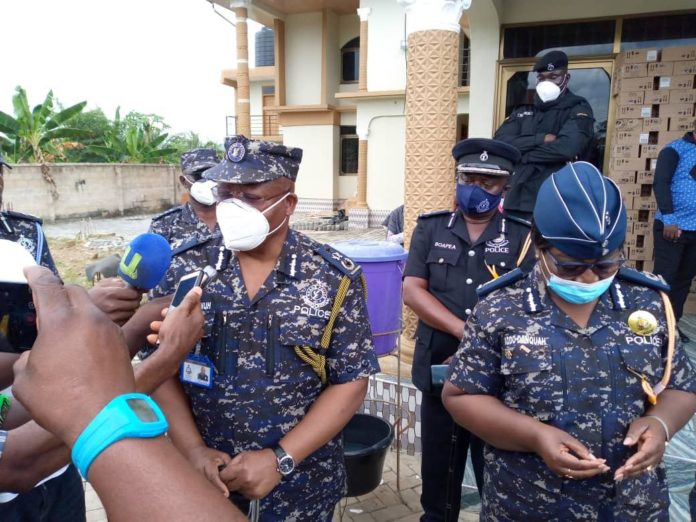 The Inspector General of Police(IGP), Mr James Oppong-Buanuh, has paid a day’s working visit to the Western Regional Police command to assess their preparedness for the Presidential and Parliamentary elections in December.

Mr Oppong-Buanuh advised the police officers to act professionally, before, during and after the December polls to win the confidence of the public.

He urged the youth in the Region to avoid electoral violence to ensure peace and unity.

Mr Oppong-Buanuh called on residents to volunteer information to the police to enable them to fight crime.

The IGP also called for tolerance among political parties to ensure incident-free elections in December.

On logistics, Mr Oppong-Buanuh assured the Regional Police command that everything would be done to resource them to discharge their duties.

The IGP and his team witnessed a simulation exercise by the Regional Police Command and later held a durbar with all the Divisional and District commanders.

He also held a close door meeting with Mr Kingsley Aboagye Gyedu, Regional Minister at the Regional Coordinating Council and Okatakye Kwasi Bumagamah II, the Paramount Chief of Sefwi-Waiwso at his palace.