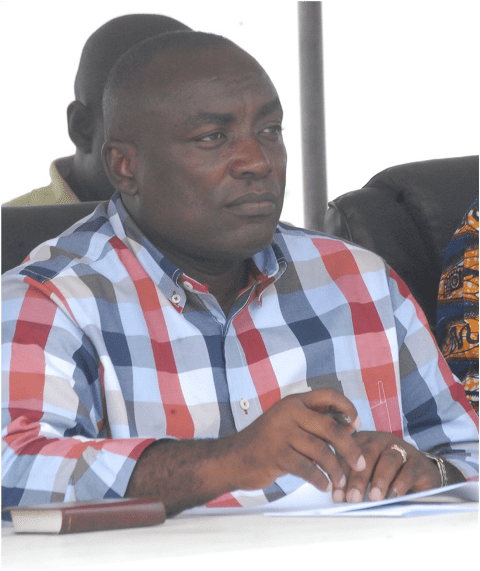 Breaking his silence for the first time since his suspension by the party on the November 10 this year, Mr. Kwabena Agyapong through his special aide, Mujib Rahman, in an interview on Okay Fm, categorically denied all charges contained in a communiqué read by NPP’s Director of Communications, Nana Akomea, as reasons for his (Kwabena Agyapong’s) indefinite suspension. Kwabena Agyepong and Sammy Crabe were suspended by the party’s NEC following recommendations by the party’s disciplinary committee. He was accused, among other charges, of acting against the orders of NEC and conspiring with suspended chairman, Paul Afoko, an act in contravention of party’s dictates.

However, in a statement ‘to set the records straight’, expatiated further on Okay Fm last Thursday by his aide Mujib Rahman; Kwabena Agyapong insisted on his innocence. Read below a transcript of Mr. Agyapong’s response in the interview on OK fm as narrated by his aide…

“…It is not true that Kwabena Agyapong contravened article 3(d) of the constitution. If you recall, the flag bearer was in the Eastern region when he gave the order that all party members should ceasefire; nobody should make public pronouncements that will not inure to the benefit of the party. Since then up to now, you will not see or hear the then General Secretary, Kwabena Agyei Agyapong come out publicly to speak with regards to matters concerning the party but he has been doing his work then as General Secretary on the quiet and did not grant media interviews. So we find that allegation in the communiqué very weird and strange. It is not true.

Number two; they talk about waivers. The issue about waivers is not something new in the NPP. It is not only Kwabena Agyei Agyapong who granted waivers to party members, to former MPs and former national officers. If you recall, during Ohene Ntow’s stewardship, he granted waivers; during the reign of Sir John, he also granted waivers to party members without recourse to National Executive Committee but in all of this, nobody made noise about it. Nobody came out to condemn it. And if you study the people that Kwabena Agyapong granted the waivers, majority of them were from the Volta region. You know the Volta region is not NPP’s stronghold so when it comes to getting people to contest on the party’s ticket in this region, sometimes, it becomes very difficult. Even in this he (Kwabena Agyapong) did not sit in his office and started issuing waivers. It was the regional chairman for Volta region, Peter Amewu, who wrote to the General Secretary requesting that some of the candidates be granted waivers. It was not only Volta region; Moctar Bamba and Dr Ayew Afriyie of AFAG were also granted waivers. After this he reported to the steering committee and National Executive Committee and nobody complained. But they alleged in the communiqué that he took the decision unilaterally, we find that very strange and we are surprise.

Recognition of Afoko as Chairman

Regarding claims that he recognized then Chairman Paul Afoko as Chairman of the party even when he had been suspended is also not true. He was asked at the Electoral Commission program at Alisa hotel whether Chairman will come and he said yes Chairman will come. He didn’t mention specific name that ooh Afoko will come. This same people are using it against him… it is not fair.

We are also surprise that they are also associating his aides’ comments to him. We were in Ghana when some people who were spokespersons to some big men in Ghana like the flag bearer, Mustapha Hamid, made statements against certain personalities of this party but nobody attributed it to their bosses. As we speak, Asenso Boakye who is a political aide to Nana Akufo-Addo wrote on social media that “we must curse and crash people before they get vengeance” but nobody is attributing it to the flag bearer of the party because that is his own opinion. So if I, Mujib or OPK or somebody on his own comes out to say something, you don’t have to trace it to the General Secretary. We are party members and we also have right to share our personal opinion on party matters.

So these are some of the issues that we think we have to come out to set the records straight so that party members will weigh the allegations and our statements and make their own judgment. Some of the things they claim Kwabena Agyapong has done is not true. He is a member of the party and he knows the rules of the party. As General Secretary he worked within the remit of the party’s law.”

Will He Campaign for Nana?

“You know Kwabena Agyapong, since 1990 till date even when he was not an office holder of the party; he has been working for the party. That one nobody can take that away from him…and he believe that you can also work for this party without being an office holder; I can tell you that as someone close to him he will campaign for NPP and so he will help Nana Akufo-Addo to realizing his dream and the NPP’s dream of getting power in 2016.

Will Kwabena Go to Court?

Everybody has his own style of handling matters. Paul is an individual with a unique upbringing and Kwabena too is an individual with a different upbringing. Since this issue cropped up, I have been with him but he has not stated whether his will go to court or not; he has remained quiet. Media houses have been pursuing him for interview but he has declined to speak, insisting that it is a party decision so he will remain quite. We have not discussed whether he will go to court or not. I cannot confirm that or otherwise.”

MTN Business Campaign Shows How It Gets #Businessdonebetter

Ministry of Gender and Partners embark on child protection campaign