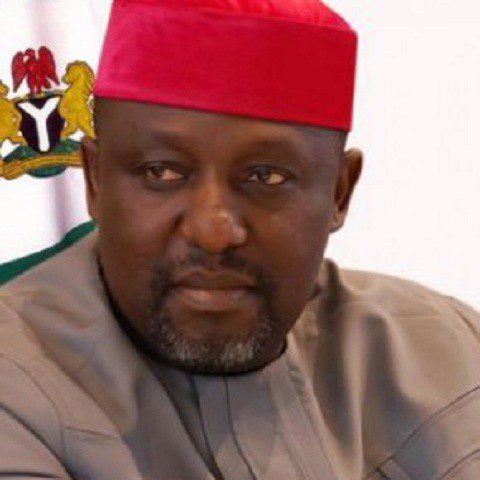 The alleged militant approach and the violence manner adopted by hoodlums purportedly working for the administration of His Excellency, Owelle Rochas Okorocha under the cover of revenue agents is generating fears as Onitsha Iron Trailer Drivers Association threatens adopting any method in saving their members from constant intimidations and harassment in the hands of the youths said to be terrorizing virtually every lorry driver plying the roads in Imo state.

The homicidal hoodlums operating along all the federal highways and other major roads in Imo State under the ruse of revenue agents according to our source are allegedly demonstrating that they are gang of criminals as their only target if not checked is to cause mayhem in Imo State and other states in Nigeria by extension.

Bringing the all important issue to the knowledge of Owelle Rochas Okorocha, Onitsha Iron Trailer Drivers Association has branded the Illegal Revenue Agents as enemies of the present administration in the state;

The association and these merchants of war are now at daggers drawn over the exploitative tendencies and constant extortions of the trailer drivers even as the ugly development is currently threatening the peace and security of Imo State.

Investigation conducted by this Online reveals that constant clashes recorded between Onitsha Iron Trailer Drivers Association and so-called revenue agents in Imo State between January- April this year has allegedly led to the untimely death of dozens of trailer drivers who are innocent citizens including destructions of both private and public property, all in quest to extort and defraud the law-abiding members of OnitshaIron

It however discovered that the sad menace is allegedly sponsored by yet to be known powerful persons in the government of Imo state.

The unknown persons according to reliable sources employed some youths, commissioned them to forcefully extort money from innocent trailer drivers as a way of provoking their victims into public riots.

Part of the letter from the Association addressed to the governor of Imo state and made available to 247ureports reads thus: ?As the Chief Security Officer, CSO of Imo State, we inform you vehemently that with foregoing state of social and political toxemia, which have beclouded Imo State as a result of these criminal extortions are undermining your good office and intendment of your popular government. We are of the view that you kindly address this issue for the interest of peace in your state? They stated.

?We were instructed to also inform His Excellency that illegal revenue agents are flanked by policemen from Imo State Police Command and other security agents with arsenals and weapons of war that could be used in combating the Boko Haram sect. The touts are also suspected to be in possession of some liquid suspected to be acid all in an effort to subject the trailer drivers to yield to their intimidations? they ended.