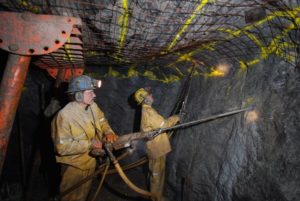 AN illegal sit-in at the premises of Randgold Resources’ Tongon mine in Côte d’Ivoire had ended following a settlement, the details of which were not disclosed.

“Employees who had staged a sit-in at Randgold Resources’ Tongon mine returned to work today after management, together with representatives of central and local authorities, negotiated a settlement with them,” the company said in a statement.

The industrial action, which related to demands for an annual ex gratia payment, had been underway since January 26. The sit-in did not have the support of the central or local government, nor of the union.

The ex gratia demand means that the mine is not legally obliged to make any payment, but that it is being requested by employees as a largesse, or favour.

Tongon, which produces about 300,000 ounces of gold a year, has had a tricky 12 months after experiencing milling problems last year contributing to a second quarter that CEO, Mark Bristow, described as among his toughest.