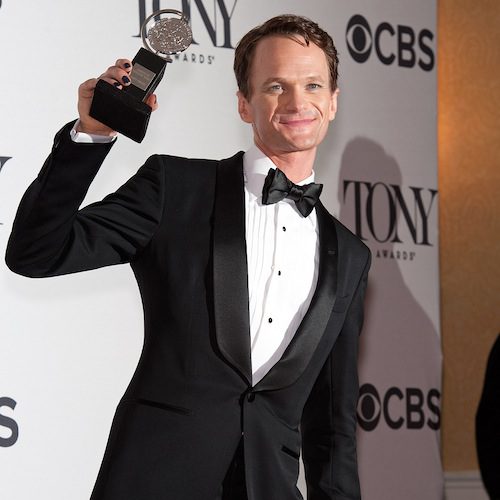 Credits?Les?Mis?rables?for giving him the desire to perform

And hints at what chapter is coming next ? marriage!

Neil Patrick Harris has starred in TV hit?How I Met Your Mother, won a Tony Award for Broadway?s?Hedwig and the Angry Inch?and has become the most sought-after awards show host in Hollywood. But he still found the time to chat exclusively with?In Touch?about fatherhood, marriage and what first inspired him to take the stage.

So what got this megastar interested in theater? ?Les Mis?rables,? he tells?In Touch?in an exclusive interview. ?I was a kid from small-town New Mexico. We were seated in the last row and watching this massive swell of music and emotion, it sort of overtook me.?

And ever since that day, he hasn?t slowed down in his career! ?I?m not designed to stay still,? Neil tells the mag. ?I?m always looking for the next chapter. Maybe I?ll get to take a nap onAug. 18!? he jokes of the day following the end of his run on?Hedwig.

Fortunately, his loving fianc? has been a huge help at home. ?I?m lucky. David gets up with the kids and lets me sleep in. We?re lucky we have twins, because they always have a playmate. Watching them interact is fantastic,? says Neil of his daughter Harper and son Gideon.

Neil also hints that he and David, who have been engaged for eight years, may finally get hitched when things slow down ? if they slow down! ?When things calm down,? he assures the mag. ?They just haven?t calmed down for the past few years!?

David Burtka, Neil admits kids have brought them much closer

Shambling blocks shall come but will prepare you for success