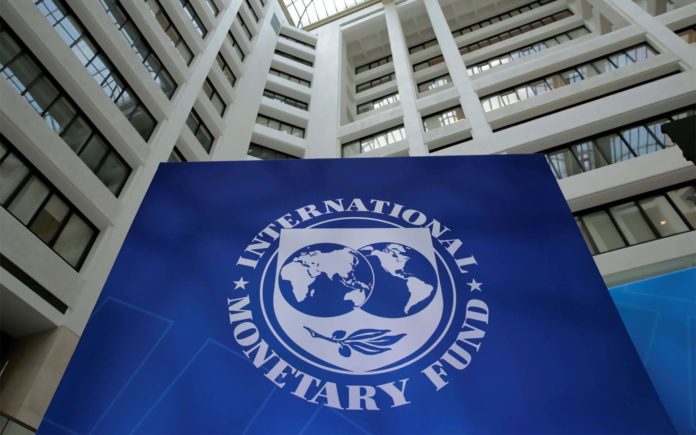 The International Monetary Fund (IMF) is therefore urging authorities in emerging markets to act quickly to minimize that risk.

In a blogpost, IMF noted that governments around the world have spent aggressively to help households and employers weather the economic impact of the pandemic, and that ballooned public debt as governments have issued bonds to cover their budget deficits.

The average ratio of public debt to gross domestic product—a key measure of a country’s fiscal health —rose to a record 67 percent last year in emerging market countries, according to Chapter 2 of the IMF’s April 2022 Global Financial Stability Report.

Economists have a name for this interdependence between banks and governments. They call it the “sovereign-bank nexus,” because government debt is also known as sovereign debt—a vestige of the Middle Ages, when kings and queens did the borrowing.

There is reason to worry about this nexus. Large holdings of sovereign debt expose banks to losses if government finances come under pressure and the market value of government debt declines. That could force banks—especially those with less capital—to curtail lending to companies and households, weighing on economic activity. As the economy slows and tax revenues shrivel, government finances could come under even more pressure, further squeezing banks. And so on.

The sovereign-bank nexus could lead to a self-reinforcing adverse feedback loop that ultimately could force the government into default. There is a name for that, too—the “doom loop.” It happened in Russia in 1998 and in Argentina in 2001-02.

Now, emerging-market economies are at greater risk than advanced economies for two reasons. For one, their growth prospects are weaker relative to the pre-pandemic trend compared with advanced economies, and governments have less fiscal firepower to support the economy. For another, external financing costs have generally risen, so governments will have to pay more to borrow.

What could trigger the doom loop in a country? A sharp tightening of global financial conditions—resulting in higher interest rates and weaker currencies on the back of monetary policy normalization in advanced economies and intensifying geopolitical tensions caused by the war in Ukraine—could undermine investor confidence in the ability of emerging-market governments to repay debts. A domestic shock, such as an unexpected economic slowdown, could have the same effect.

So far, we have discussed one channel of risk—banks’ exposure to sovereign debt. Chapter 2 of the GFSR outlines two other potential channels through which risk is transmitted between the sovereign and banking sectors.

One relates to government programs, such as deposit insurance, intended to support banks in times of stress. Strains on government finances could hurt the credibility of those guarantees, weaken investor confidence, and ultimately hurt banks’ profitability. Troubled lenders would then have to turn to government bailouts, further straining public-sector finances.

Another channel works through the broader economy. A blow to public finances could push economy-wide interest rates higher, hurting corporate profitability and increasing credit risk for banks. That in turn would limit banks’ ability to lend to households and other corporate customers, curbing economic growth.

All of this could put some emerging-market governments in a tough spot. On one hand, a sluggish recovery means they should continue to spend to support growth. But rising returns in advanced economies as central banks start to normalize monetary policy could make emerging-market debt less attractive and put upward pressure on borrowing costs. So fiscal prudence is needed to avoid a further intensification of the sovereign-bank nexus. Governments can also bolster investor confidence in their own finances by drawing up credible plans to narrow deficits over the medium term.

Strengthening banking-sector resilience by conserving loss-absorbing capital buffers is also important. This can be done by limiting the amount of money that banks distribute to shareholders through dividends and stock buybacks, given heightened uncertainty about the economic outlook. In addition, asset quality reviews to guide adequate levels of capital may be necessary to quantify hidden losses and identify weak banks once forbearance has ceased.

What else can policymakers do to protect themselves? Solutions will have to be tailored to the circumstances of each country, which vary widely. But broadly, they should:

With the right policies, emerging-market economies can lessen the sovereign-bank nexus and reduce the risk of a financial or economic crisis.