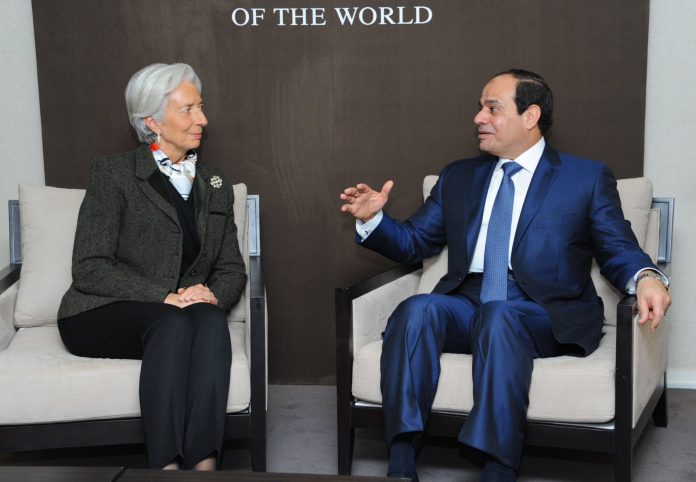 On July 13, 2017, the Executive Board of the International Monetary Fund (IMF) completed the first review of Egypt’s economic reform program supported by an arrangement under the Extended Fund Facility (EFF). The completion of the review allows the authorities to draw the equivalent of SDR 895.48 million (about US$1.25 billion), bringing total disbursements to SDR 2,865.53 million about US$4 billion.

The three-year EFF arrangement in the amount equivalent to SDR 8.597 billion (about US$12 billion at the time of approval, or 422 percent of quota) was approved by the Executive Board on November 11, 2016 (see Press Release No. 16/501) to support the authorities’ economic reform program.

The authorities’ reform program supported by the EFF will help Egypt restore macroeconomic stability and promote inclusive growth. Policies supported by the program aim to correct external imbalances and restore competitiveness, reduce the budget deficit and place public debt on a declining path, boost growth and create jobs while protecting vulnerable groups. In completing the review, the Executive Board approved the authorities’ request for waivers of the June performance criteria for the primary fiscal balance and the fuel subsidy bill. These were missed due to higher costs of imported food and fuel products caused by large depreciation of the pound. The waiver was approved in view of the important measures taken in June to contain fuel subsidies and the planned stronger fiscal adjustment in the next two years, which will keep the program objectives on track.

Egypt’s reform program is off to a good start

Egypt’s reform program is off to a good start. The transition to a flexible exchange rate went smoothly. The parallel market has virtually disappeared and central bank reserves have increased significantly. The energy subsidy reform, wage restraint, and the new VAT have all contributed to reducing the fiscal deficit and helped free up space for social spending to support the poor. Market confidence is returning and capital flows are increasing. These augur well for future growth.

The authorities’ immediate priority is to reduce inflation, which poses a risk to macroeconomic stability and hurts the poor. The Central Bank of Egypt has taken significant steps to reduce inflation by raising policy interest rates and absorbing excess liquidity. It has also developed a monetary framework with a clearly defined policy anchor and is stepping up its communication with markets and with the public to manage inflation expectations. The CBE has also committed to maintain the flexible exchange rate, which is critical to cushion shocks, preserve competitiveness, and accumulate reserves.

The continued fiscal consolidation aims to place public debt on a declining path. Consistent with this objective, the 2017/18 budget targets a primary surplus for the first time in a decade. The main deficit-reducing measures are the increase of the VAT rate, continued reforms of energy subsidies and wage restraint. At the same time, the budget includes a strong social component to ease the burden of adjustment on the poor and the vulnerable.

Significant progress has been made on structural reforms. An industrial licensing law and a new investment law have been passed, and a new insolvency law is in the Parliament. These are critical pieces of legislation necessary to strengthen the business climate, attract investments, and promote growth. The government’s reform agenda is now directed at improving public finance management, promoting competition, encouraging female participation in the labor force, and strengthening the financial sector. These reforms will further improve the business environment and support private sector development.

Macroeconomic stability is still fragile and the reform agenda is difficult, but the authorities have demonstrated a strong resolve to contain the risks. A flexible exchange rate regime, a strong monetary policy framework, and a commitment to a continued fiscal adjustment will help rebuild policy buffers. Strong ownership of the program will support implementation of the reform agenda.