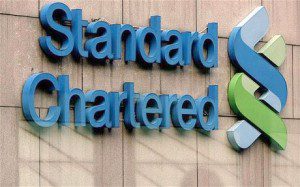 “I am honoured to be joining Standard Chartered. It’s a fabulous organisation with a rich history and enormous potential,” Mr Viñals said in a statement, adding: “I am looking forward to working closely with the Board, Bill, his Management Team, and staff to ensure that the Group achieves its potential across the most exciting markets in the world, delivering on its commitments to shareholders, clients, regulators, and the communities in which it operates.”

This appointment comes after an extensive external search led by Naguib Kheraj, Senior Independent Director. Commenting on the process, Naguib added: “We are delighted to have concluded the search for a new Chairman with the appointment of José. He is widely acknowledged as an expert on the world financial and regulatory landscape and has a wealth of knowledge of the markets in which Standard Chartered operates. He has excellent relationships with finance ministers, central bank governors, and private sector bank leaders around the world.”

“On behalf of the Board, I would like to thank Sir John for his commitment and contribution to Standard Chartered over the past decade. Sir John has handled the Chair succession process in an exemplary manner and provided stability and continuity through a period of significant change for the Group.”

Bill Winters, Group Chief Executive, added: “José brings deep and extensive economic, political, and regulatory experience of our markets and an exceptional grasp and understanding of the international financial system. We have made significant progress in the delivery of our strategic objectives and I look forward to working with José on the next phase of the Group’s growth. He’s a proven leader, truly global in his perspective, and I am delighted that we’ll be working together.”

Mr Viñals is currently the Financial Counsellor and Director of the Monetary and Capital Markets Department of the International Monetary Fund (IMF). His responsibilities include the oversight and direction of the IMF’s monetary and financial sector work, and he is the IMF’s chief spokesman on financial matters, including global financial stability. He was a member of the Plenary and Steering Committee of the Financial Stability Board for seven years, playing a key role in the reform of international financial regulation.

Mr Viñals began his career as an economist before spending 25 years at the Central Bank of Spain, where he rose to be the Deputy Governor, with responsibility for all areas of the Central Bank, including monetary policy, banking regulation, and supervision. Mr Viñals has held many other Board and advisory positions including Chair of Spain’s Deposit Guarantee Fund, Chair of the International Relations Committee at the European Central Bank, member of the Economic and Financial Committee of the European Union, and Chair of the Working Group on Institutional Investors at the Bank for International Settlements.

Mr Viñals will spend up to four days a week on average on his duties as non-executive Chairman of the Group, the statement said. “The Chairmanship of Standard Chartered will be his primary occupation and he will be available to spend whatever time is necessary to fulfil the role. José will relocate to London and travel extensively around the Bank’s network as part of his role.”

Mr Viñals’ appointment has been approved by both financial regulators, the Prudential Regulation Authority and the Financial Conduct Authority.

The Group has also announced the appointment of Naguib Kheraj, as Deputy Chairman. Mr Kheraj joined the Board in January 2014 and will retain his existing Senior Independent Director and other committee roles. This appointment, the bank said, will take effect at the same time as that of the new Chairman on 1 December, 2016. The appointment of Mr Kheraj as Deputy Chairman provides additional capacity in representing the Bank and his experience is complementary to the incoming Chairman, the statement said.

StanChart said there are no matters relating to the resignation of Sir John Peace that need to be brought to the attention of the shareholders of Standard Chartered PLC.

It said Mr José Viñals has no relationship with any other Director, member of senior management or substantial or controlling shareholder of Standard Chartered PLC.

Mr Viñals, the bank said, does not have any interests in the securities of Standard Chartered PLC.

“Save as disclosed above, there is no other information to be disclosed under the requirements of UK Listing Rule 9.6.13 (1-6) and Rule 13.51(2) of the Hong Kong Listing Rules in relation to José’s appointment.”

Remuneration statement in relation to Board changes:

The bank said the key terms of Mr Viñals’ appointment with the Group are set out below and disclosed in accordance with the rules governing the listing of securities on the Stock Exchange of Hong Kong Limited.

The Board Remuneration Committee, comprised of Independent Non-Executive Directors, set the remuneration for Mr Viñals’ role with reference to his individual experience and alternative opportunities, the duties, time commitment and contribution, which are expected from the Chairman, as well as fees for chairmen in other international banks and other companies of a similar scale and complexity.