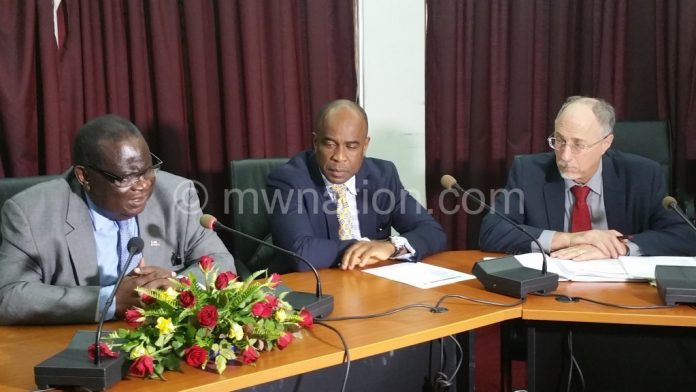 The Executive Board of the International Monetary Fund (IMF) today completed the ninth and final review of c under the program supported by an Extended Credit Facility (ECF) arrangement.

In completing the reviews, the Board also approved the authorities’ request for waivers of non-observance of performance criteria related to the net domestic assets and net international reserves of the Reserve Bank of Malawi, and net domestic borrowing by the central government.

The ECF arrangement for Malawi in the total amount of SDR 104.1 million (about US$ 143.5 million) was approved on July 23, 2012 (see Press Release No. 12/273). An augmentation of access by the equivalent of SDR 34.7 million (about US$ 47.8 million or 25 percent of quota) was approved by the Board on June 20, 2016 (see Press Release No. 16/295) to strengthen the country’s response to the El Niño-induced drought. The program is aimed at the achievement and maintenance of macroeconomic stability and implementation of policies and structural reforms to spur growth, diversify the economy and reduce poverty.

“Malawi’s economy has been severely hit by two consecutive years of weather-related shocks, which placed an estimated 40 percent of the population at risk of food insecurity. Relief efforts helped stabilize maize prices and alleviate the adverse impact of the drought on the vulnerable population. Augmentation of access under the ECF arrangement and sizable contributions from development partners enabled the authorities to address the worst humanitarian crisis in its history.

“Real GDP Growth is expected to pick up in 2017 due to better prospects for agricultural output, including the maize harvest. Annual inflation is also expected to remain on a downward trend. However, the macroeconomic outlook remains challenging, reflecting uncertainties related to adverse weather conditions and policy slippages.

“The near-term policy mix should center on reducing inflation by combining tight monetary and fiscal policies. To this end, expenditures should be limited to available resources and monetary policy should aim at maintaining positive short-term real money market interest rates.

“Important steps have been taken to safeguard and strengthen financial sector stability, given the negative impact of weather-related shocks and the prevalence of credit concentration risks. To this end, the authorities are encouraged to closely monitor banks’ compliance with prudential norms, including AML/CFT, increase provisioning, and facilitate rationalization of the banking sector. Strengthening creditor rights and reducing lengthy judicial processes in recovering collateral will contribute to a reduction in non-performing loans.”