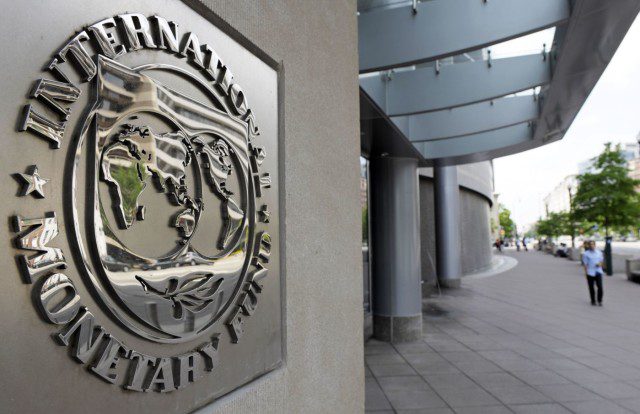 The Executive Board of the International Monetary Fund (IMF) has completed the first review of Ghana?s economic performance under the program supported by an Extended Credit Facility (ECF) arrangement.

In completing the review, the Executive Board also granted waivers for the nonobservance of performance criteria regarding gross credit to government, and non-accumulation of external arrears, based on their minor and temporary nature and the corrective measures put in place by the authorities.

The Executive Board also approved the authorities? request for modifications of performance criteria.
Ghana?s three-year arrangement for SDR 664.20 million (about US$918 million or 180 percent of quota) was approved on April 3, 2015.
It aims to restore debt sustainability and macroeconomic stability in the country to foster a return to high growth and job creation, while protecting social spending.

Following the Executive Board?s discussion on Ghana, Mr. Zhu, Acting Chair and Deputy Managing Director, said, ?Implementation of the ECF-supported program by the Ghanaian authorities has been broadly satisfactory, despite an unfavorable economic environment. In particular, the government?s fiscal consolidation efforts are on track and it is encouraging that the government decided to liberalize the prices of fuel products, which bodes well for expenditure control, eliminating the need for fuel subsidies and the incurrence of arrears?.

He called on the government to firmly continue with its fiscal consolidation efforts to fully restore macroeconomic stability and mitigate financing risk.
? In this regard, it is crucial to continue the policy of controlling the wage bill by adhering to the net hiring freeze, excluding for health care and education, while further implementing the payroll clean-up plan. The government should continue to adhere to the domestic arrears clearance plan and avoid incurring any new arrears. Implementing structural reforms to strengthen expenditure control will support these efforts. At the same time, the government should use the resulting fiscal space to enhance its social protection programs to mitigate the potential impact of the fiscal consolidation on the poor?.

He added that ?to avoid the risk of fiscal overruns in connection with next year?s election, it is imperative to identify the full cost related to the elections as early as possible and provision for it in the 2016 budget, while ensuring that the fiscal targets will be achieved. It is also important that the ongoing wage negotiations result in a wage agreement consistent with the medium-term wage bill envelope. Further enhancing revenue performance will also be key for continued fiscal consolidation?.

?The government?s medium-term debt management strategy is a welcome step to help reduce near-term financing risks. The externally-oriented financing envisaged in 2015 will help reduce the pressure on the domestic debt market. However, the government should complement this strategy by striving to deepen the domestic debt market, as well as by seeking to borrow externally on concessional terms as much as possible?, he said.

Mr. Zhu stated that monetary policy stance will have to remain tight to help bring inflation down, against the background of exchange rate volatility.

? Bank of Ghana (BoG) should stand ready to tighten monetary policy further if inflationary pressures do not recede as expected. The decision to introduce new liquidity management instruments is encouraging, as it will improve monetary policy transmission and make the inflation targeting framework more effective?, he said.

He was hopeful that prompt implementation of two new banking laws currently under review by Parliament will help safeguard financial sector stability.