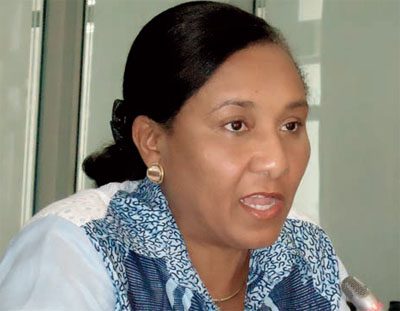 The Ghana cedi?s abysmal performance on a daily basis against major foreign currencies has earned it notoriety as the worst performing currency in the world.

Even though Government, at the beginning of the year, was considering going for a bail-out from the International Monetary Fund (IMF), it has now turned around to announce it is no longer interested in any IMF support.

Government has now pinned its hopes on the issuance of Eurobonds to the tune of $1.5 billion at the end of August to help stabilize the cedi, but analysts have indicated that the strategy would not work.

Interest on Eurobonds has shot up, but Government still believes it could sell more to pay off its creditors.

Kwame Essilfie Adjaye, an economist, recently advised Government to implement an export growth strategy to earn more foreign exchange to boost the local production of goods and strengthen the Cedi in the medium to long term.

?The new foreign exchange measures that were implemented by the Central Bank on February 4, 2014 to address the sharp  of the Cedi have been counter-productive largely because holders of foreign exchange bank accounts and remitters have lost confidence in the formal sector, reducing supply into the formal market and driving supply into the parallel market ? the black market,? he emphasised.

Seth Terkper, Finance Minister, was the first to indicate Government?s readiness to seek help from the IMF to shore up the cedi but this has been counteracted lately by Mona Quartey, his Deputy Minister.

?We?re not considering an IMF loan at this time,? Ms Quartey told Bloomberg.

By the foregoing, analysts have also questioned whether the Government would be able to achieve its targets aimed at reducing the country?s huge budget deficit.

Bloomberg recently reported that the cedi shrinked for the first time in five days against the dollar, adding that returns on the country?s dollar debt were the lowest in Africa this year.

In its phone interview with Melissa Verreynne, an analyst at NKC Independent Economists in Paarl, South Africa, she said: ?If they could get IMF support that would be a much more sustainable solution in helping to stem a drop in the cedi.?

According to her, proceeds from a Eurobond sale would provide only temporary support to the currency.

The Bank of Ghana (BoG) revealed that earnings from gold, cocoa and oil, the country?s biggest exports fell, which reduced government?s revenue.