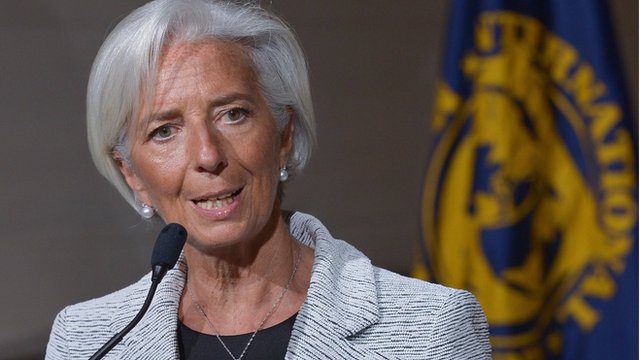 Growth is projected to strengthen in advanced economies, but economic activity in emerging market economies, which still account for the bulk of global growth, “is softening in some cases ” because of lower commodity prices and exports, the International Monetary Fund (IMF)’s policy setting committee said in a communique during the spring meetings of the IMF and the World Bank.
“We must bolster confidence and strengthen demand effectively, by pursuing a mix of macroeconomic policies that seek to achieve the urgent need to promote growth, while preserving fiscal sustainability and financial stability, and accelerating the design and implementation of structural reforms,” the International Monetary and Financial Committee (IMFC) said.
Finance officials discussed different policy instruments to promote growth and stressed “the importance of structural reforms in particular”, Agustin Carstens, Governor of the Bank of Mexico, also chairman of the IMFC, said at a news conference following the meeting of the 24-member committee.
Priorities of structural reforms include product and labor market reforms, deepening financial markets, boosting the quality of labor supply and employment, and improving governance, the communique said.
In response to a question of China’s slowing economic growth, IMF Managing Director Christine Lagarde, who was also present at the news conference, said “we heard a very good report” from China ‘s central bank governor Zhou Xiaochuan briefing on Chinese economy, which clearly indicated that there’s “strong confidence” in growth continuing in China.
Lagarde said China has “more quality growth” as the economy rebalances from investment toward consumption, which is quite deliberate and supported by the Chinese authorities with clear identification of areas of risks and “determination to address those risks”.
The IMFC also voiced deep disappointment at the continued delay in progressing the 2010 IMF quota and governance reforms, urging the United States to ratify it as soon as possible.
The IMFC usually meets twice a year, in September or October at the IMF and World Bank Annual Meetings and in March or April at the Spring Meetings. The Committee discusses matters of concern affecting the global economy and also advises the IMF on the direction of its work. Enditem