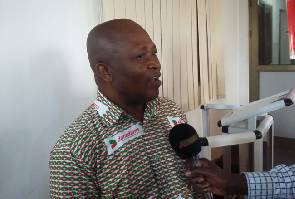 Some pharmaceutical companies are lamenting the continuous importation of anti-retroviral drugs into the country inspite of improved capacity to manufacture them locally.

The unbridled importation of such drugs, according to them, is not only hampering the growth of the sector but also contributing to the myriad of challenges the economy is faced with.

Speaking with Joy Business Founder and Chief Executive Officer of Danadams Pharmaceuticals Industry, Dr. Yaw Adu Gyamfi said although government purchases from them is restricted by conditionalities attached to donor funds, they remain hopeful the trend will be reversed as government considers a possible contract with local manufacturers.

?If you are importing medicine, how many people are you employing? Local manufacturing will create jobs?? he asked. To back his disquiet, he indicated that last year the country?s manufacturing sector recorded a negative 8 percent growth, which according to him is an indictment on the country.
He added that ?over 10 thousand people have lost their jobs just recently and it is not just about the energy crisis.?

Dr. Adu Gyamfi argues that although the energy crisis is a major concern, most jobs in the country are being lost because manufacturing firms are closing down due to the fact that products which could have been manufactured here in Ghana are rather being imported.

He however blamed donor support partly for the current debacle since they enjoin government to buy some medicines from external sources.

?If Ghana government had its own monies, the governor will not be obliged to buy the medicine from outside but because of the conditions attached to donor funds government cannot use the monies to buy from within and that has been a major problem.?

Inspite of these challenges, Dr. Adu Gyamfi is hopeful the phenomenon could change in the coming months as the company is working judiciously with government to see if monies could be generated locally to ensure that government purchase their products.

He hinted that a deal could soon be struck with government to enable them supply locally manufactured anti-retroviral drugs to the various health facilities.