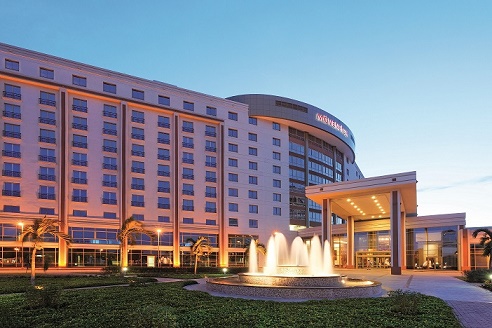 The Upper West Regional Police Command has urged hostel operators in the region to put pragmatic measures in place to improve the security systems of their hostel facilities to help safeguard the lives and properties of clients.

The command said it has come to its notice that armed robbery and raping of students was occurring in some of the hostels in Wa.

The command noted that many of the hostels in the region were being predominantly occupied by students who were prone to attacks by unscrupulous people.

Deputy Commissioner of Police (DCOP) Mr. Peter Ndekugri, the Upper West Regional Police Commander, raised the issues of poor security at the premises of some hostels at a meeting with operators and managers of hostels in Wa.

He indicated that it was the responsibility of the managers and owners of the hostels to protect the lives and properties of their clients.

The Regional Commander admonished the hostel managers to engage the services of qualified private security agencies to work hard to stop the menace.

“We are not going to take it lightly with any hostel that will refuse to provide security for their occupants if they are attacked.

“The security of your hostel is important. Do not think of abnormal profit from the hostels, the security of those occupying should be your topmost priority”, he said.

Assistant Commissioner of Police (ACP) Mr. Prince Gabriel Waabu, the Deputy Commander of Police, Upper West Region, warned that any hostel that would be attacked due to the negligence of the managers of that hostel to provide good security, risk having the facility closed.

ACP Waabu cited an instance where a student was raped in one of the hostels because there was no security at the hostel at the time, which he said was unacceptable.

He advised the operators and managers to consider installing CCTV cameras and other detective equipment at their facilities to help fight the menace.

Some of the hostel managers commended the police for the initiative it had taken to help improve the security of the hostels but noted that the attitude of some of the students occupying the hostels was also a worry.

They, therefore, suggested that rigorous sensitisation of the students about security issues and he need to consider their personal security as their topmost priority.

All unregistered tourism enterprises to be closed down