The Volta Region has elected five women out of the nine who contested the 2016 parliamentary seats for the Seventh Parliament of the Fourth Republic. 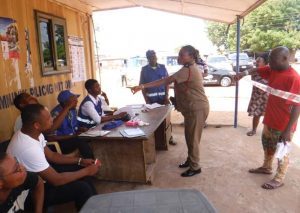 The figure is an improvement on the 2012 election which saw four entering Parliament from the region.

All the five women, two of whom are new entrants, were elected on the ticket of the National Democratic Congress (NDC).

Della Sowah was also retained in the Kpando Constituency after defeating the NPP’s Djampoh Elvis, NDP’s Daniel Carl and CPP’s Isaac Adjanya with 17,318 votes, which represented 82.38 per cent.

Another new entrant, Angela Oforiwaa Alorwu-Tay, who contested the Afadjato South seat, also won with 19,486 of the total votes cast representing 83.69 per cent.

In the Krachi West Constituency, the seat occupied by the Volta Regional Minister, Madam Helen Adjoa Ntoso, was heavily contested by independent candidate Emmanuel Jalulah who polled 5,163 of the total votes cast representing 25.98 per cent and the NPP’s Douglas Osei-Nti who had 5,016, representing 25.24 per cent.

Madam Ntoso won with 9,644, which represented 48.52. This is said to be among the lowest votes recorded by the NDC in the region.