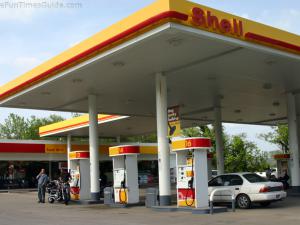 Shell welcomed a hefty 136% increase to its full-year 2016 income, as the supermajor looks ahead to strengthen its finances in 2017.

“We are reshaping Shell and delivered a good cash flow performance this quarter with over $9 billion in cash flow from operations. Debt has been reduced and, for the second consecutive quarter, free cash flow more than covered our cash dividend,” Shell CEO Ben van Beurden said.

“Production and LNG volumes included delivery from new projects, with ramp-up continuing in 2017 and 2018. Meanwhile we are operating the company at an underlying cost level that is $10 billion lower than Shell and BG combined only 24 months ago. We are gaining momentum on divestments, with some $15 billion completed in 2016, announced, or in progress, and we are on track to complete our overall $30 billion divestment program as planned,” he said.

“Looking ahead, we will further focus the portfolio and strengthen the company’s financial framework in 2017. Our strategy is starting to pay off and in 2017 we will be investing around $25 billion in high-quality, resilient projects. I’m confident 2017 will be another year of progress for Shell to become a world-class investment,” van Beurden said.In Q4, Shell’s global upstream sector saw several milestones.

Offshore Brazil, the Napa production system started up with the interconnection of the first production well to the Cidade de Caraguatatuba floating production and storage offloading (FPSO) unit, marking the ninth FPSO in the Santos Basin pre-salt.The FPSO has a processing capacity of 100,000 b/d. Shell holds 30% stake in this project. Offshore Malaysia, Shell announced first production from its Malikai tension leg platform (TLP), 100km off the coast of the state of Sabah. Malikai is expected to have a peak production of 60,000 boe/d.

The supermajor’s divestments were also successful in Q4 2016, which totaled some $1.2 billion.

Divestments included 100% interest in the Brutus TLP, the Glider subsea production system, and the oil and gas lateral pipelines used to evacuate the production from the TLP in the Gulf of Mexico for a consideration of $425 million plus royalty interests and subject to closing adjustments. The consideration includes cash, a $44 million preferred equity investment, and incremental royalty interests.

Creating a second source of INCOME

IOC Income for 2021 Exceeds US$4 Billion