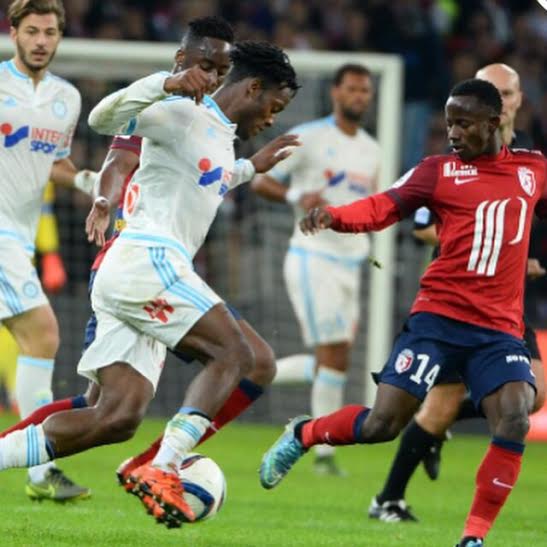 Marseille clinched their first victory against old rivals Paris Saint-Germain in nine years as Andre Villas Boas’ side beat PSG 1-0 on Sunday in a game which will be remembered by aggressive fouls and a late brawl.

Florian Thauvin’s close-range volley set up by Dimitri Payet in the 31st minute punished the defending champions to a two-game losing streak in the opening two weeks of the Ligue 1 campaign, the first time the capital-based club has lost its first two games in a season since 1984-1985.

But the stories of the toe-to-toe clash were far beyond the records. A brawl in stoppage time saw five players sent off, including PSG’s star Neymar, who has just come back from a COVID-19 quarantine.

The former Barca striker got a straight red for slapping on the back of Alvaro Gonzalez’s head.

Walking off the pitch, Neymar told officials that he did so because he had been racially abused and the angry Brazilian tweeted after the match that his “only regret” was not hitting Gonzalez in the face.

“Neymar told me that it was a racist insult. I didn’t hear anything on the field,” PSG coach Thomas Tuchel said. “Racism in life, in all domains, in sport, should not exist.”

However, Villas-Boas didn’t think Alvaro – who earlier accused Angel Di Maria of spitting at him – would have committed such a wrongdoing.

“There is no place for racism in football but I don’t think so,” Villas-Boas said, “We will look at it later.”

“Before that, we had a situation with a spit from Di Maria,” the Portuguese coach added.

The anarchy in injury time started with a tussle between Argentine pair Dario Benedetto of Marseille and Leandro Paredes of PSG, as the two players were both shown their second yellow cards and were sent off.

Meanwhile, PSG’s defender Layvin Kurzawa and his Marseille counterpart Jordan Amavi were also booked with direct red cards for a fight with each other in the disorder.

As a result, the game ended with eight men from PSG on the field, while Marseille had nine.

The rivalry between the two clubs is one of the biggest in Ligue 1, which is also related to the competition of the two cities, the biggest and second-biggest in the country.

The bad relationship got worse last month as PSG went all the way into the Champions League final, which previously was an honor exclusively belonging to Marseille.

Earlier in the day, Monaco beat Nantes 2-1 at home to move atop of the league standings on goal difference.